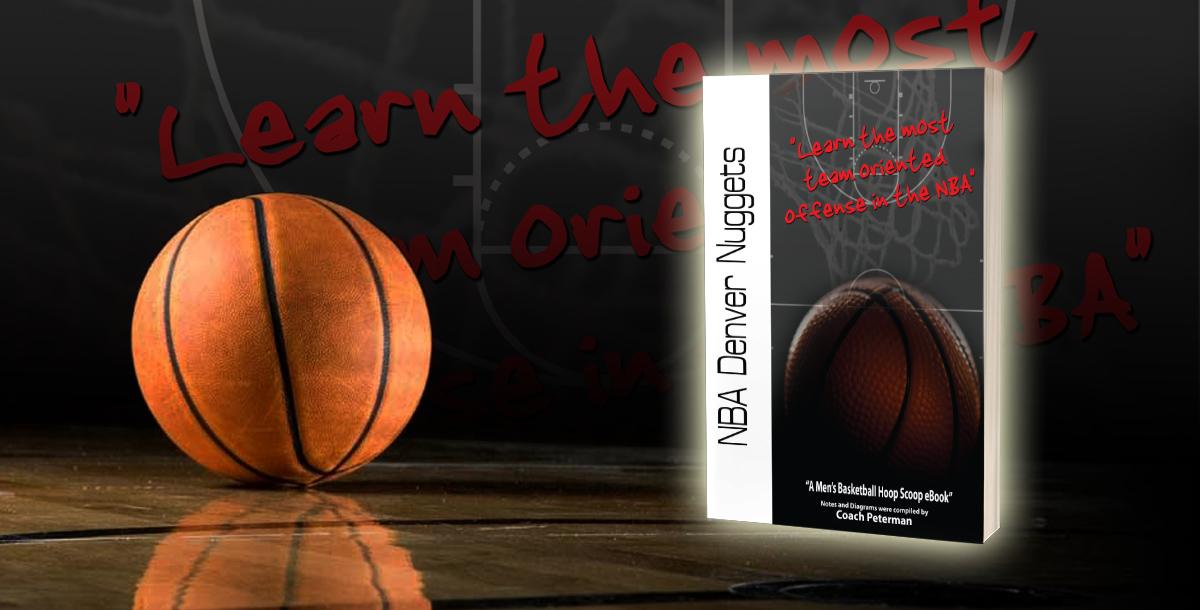 Discover how to relentlessly ATTACK even the most unforgiving defenses (and have them at your mercy) using George Karl’s proven version of the “Dribble Drive Motion Offense” system.

Gain access to the EXACT plays used by NBA powerhouse Denver Nuggets to become one of the fastest teams on the planet!

There’s something to be said about watching fast-paced teams play…
…you look at teams like the Phoenix Suns (when they had Nash/Stoudemire), Oklahoma City Thunder, Miami Heat, Los Angeles Clippers…..

They all move the ball up and down the court within a matter of seconds and the offensive action and ball movement never stops.

I don’t care what kind of defense you’re up against; if you have them scrambling from side-to-side, trying to guard against penetration and then rushing towards the 3-point line to contest outside jumpers…
…your team’s offense is winning the battle.

Of course, you have to make the shots to actually put points up on the board, but the more shots you get at the rim after breaking through their defensive perimeter…
...the more opportunities you give yourself to score….time and time again.

So how do you accomplish this?

Well, George Karl and the Denver Nuggets know a thing or two about it. They are attacking the rest of the NBA with a dynamic dribble-drive offense that was made popular by Vance Walberg. George Karl hired Vance Walberg as a Full Time NBA Assistant Coach this past offseason.

A former high school and college coach, Walberg is the innovator of what’s called the dribble-drive motion offense. Walberg would put four players on the perimeter and, as one player attacked the basket, the offensive post player would open space by moving to the weak side of the lane. Meanwhile, the other three perimeter players would rotate accordingly. If that particular dribble-drive play failed, the next ball handler would just dribble and drive again.

The facts don’t lie…here’s what the Nuggets are enjoying right now:

1) The Nuggets are getting to the rim more than any team in the league.

The best shot in basketball is at the rim, and the Nuggets take 33.2 shots per game at the rim.

The most inefficient shot in half-court basketball is a contested long 2-pointer.

3) The Nuggets are the fastest paced team in the league.

The Nuggets are using 97.4 possessions per game. Playing faster means easy buckets in transition and open shots and lanes to the rim while defenses scramble to get set. Karl has drilled his players to catch and go–no killing grass with the dribble. In practice, players have to shoot, pass, or attack within 3 seconds of catching the ball or it’s a turnover. Learning to play fast like this keeps defenses on their heels.

4) The Nuggets fill the perimeter with 3-point shooters.

While the Suns and Nuggets shoot a similar amount of threes, the Nuggets tend to have more 3-point shooting wings on the court at a time. When the Nuggets run a pick-and-roll, they are much more likely than the Suns to have decent 3-point shooters dotting the perimeter at the 2, 3, and 4 positions. The effect isn’t actually that they shoot more threes, but that they are able to get to the rim easier. Spacing with shooters opens up lanes into the paint.

Doesn’t it sound like your team’s offense could benefit from this system?

I’ve packaged together some killer plays from the Denver Nuggets playbook – the same exact ones they’re using on the floor each and every game.

Instantly get your hands on over 80 winning plays in total!

Listen, the fact is…..
...no matter what level you coach at or what your experience is, you will love what’s inside. That is, if you want to experience what it’s like to see opposing coaches scratching their heads trying to figure out how their defensive game plan failed them so miserably.

If only they knew our little secret.

In a nutshell, you’re getting everything you need to start seeing results right away – and if you ever need to refresh your memory on the inner guts of a specific play, all you need to do is just double-click your electronic playbook and voila – it’s instantly ready to be dissected.