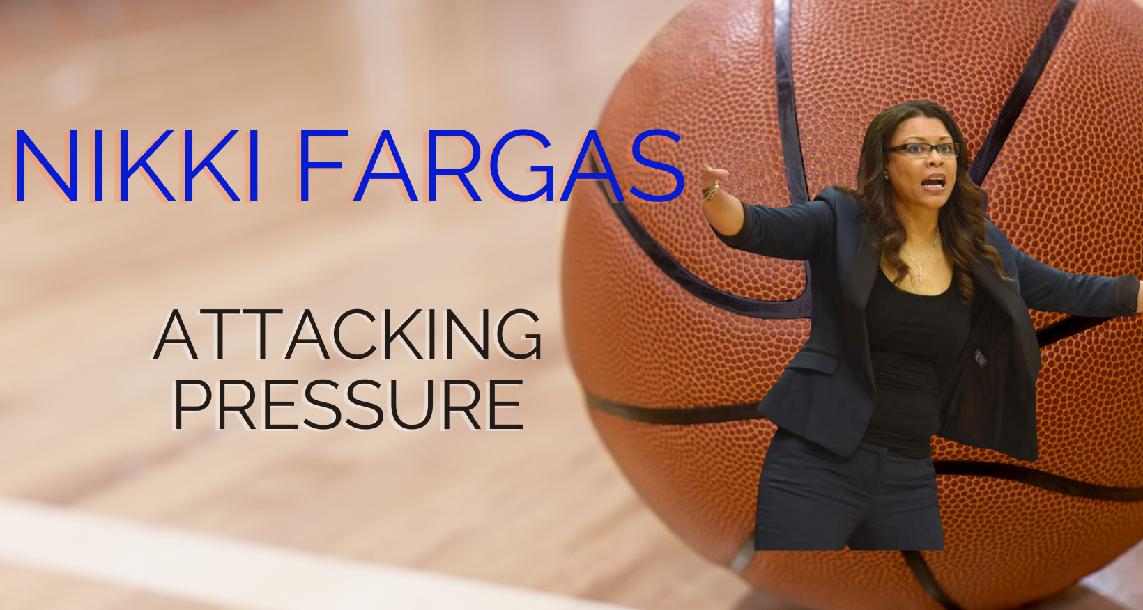 LSU coach Nikki Fargas teaches her philosophy and strategy for beating full court pressure in this clinic presenation.  Using the approach to make the defense pay for pressing, Coach Fargas goes into specfic teaching points for attacking both pressure man to man as well as zone pressure.

Fargas has produced five 20-win seasons and an overall record of 168-116 in nine seasons at LSU. Her 168 victories rank her as the second-winningest women’s basketball coach in school history in terms of total wins, behind legendary coach Sue Gunter. In her first nine seasons, LSU secured six NCAA Tournament appearances highlighted by back-to-back trips to the NCAA Sweet 16, and 28 victories over ranked opponents. A seventh appearance in the NCAA Tournament was anticipated before the 2019-20 season was shortened by the COVID-19 pandemic.

Fargas, the former Nikki Caldwell who won national titles as both a player and an assistant coach at Tennessee and turned UCLA into a national power in just three years, has that combination of outstanding in-game coaching ability and tremendous recruiting competence. In addition, Fargas has been a leader off the court in the Baton Rouge community, helping the Tigers connect with the city of Baton Rouge while donating their time and efforts to making a difference. She and her Tigers were heavily involved in assisting residents and local church communities following the devastating flood in August 2016 that impacted thousands of people in the area. In recent years, the team has partnered with several entities, including the Gardere School and Mary Bird Perkins Cancer Center at Our Lady of the Lake Hospital.

How to Work on Offense by zakboisvert
Views: 993
(1) FREE