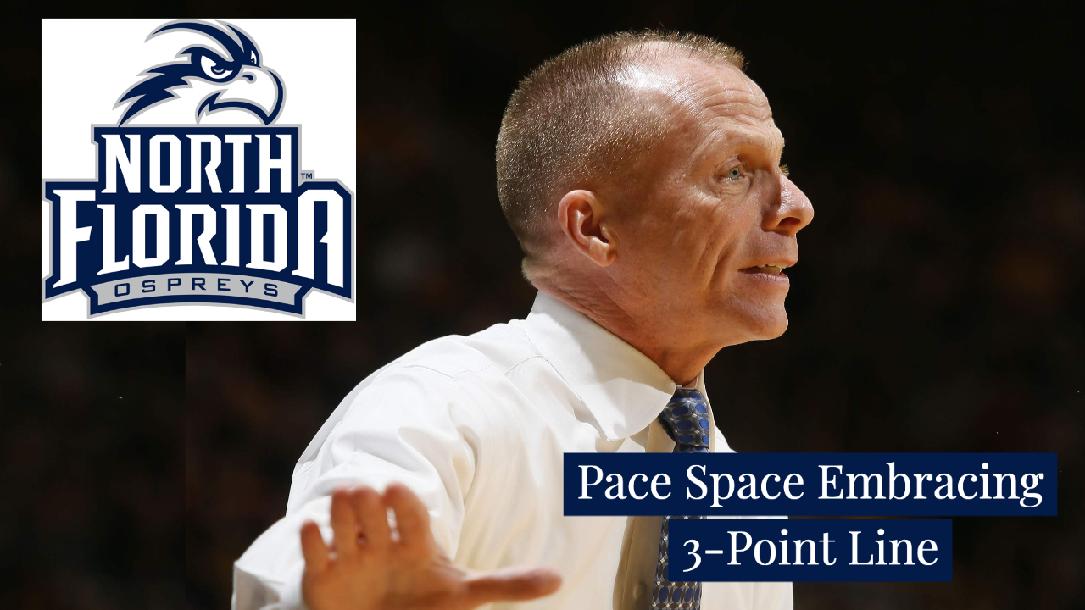 North Florida Head Men's Basketball Coach Matt Driscoll is known for his teams' high-paced-3-point offense. In 2019-20 season, North Florida lead the nation 3PA/FGA (52.2) and 2nd in the nation in point distribution % from 3-pointers, while shooting 37.8% from the 3. Coach Driscoll describes how to play the fast pace offensive style efficiently and how to effectively create open shots with highest probability of going in, proper spacing of the offense for better efficiency, how to build your practice plan around fast-pace offensive style and breaks down all the teaching points and how to build new players in the system.

In this course, he covers

Coach Matt Driscoll is the head men's basketball coach at the University of North Florida (2020).