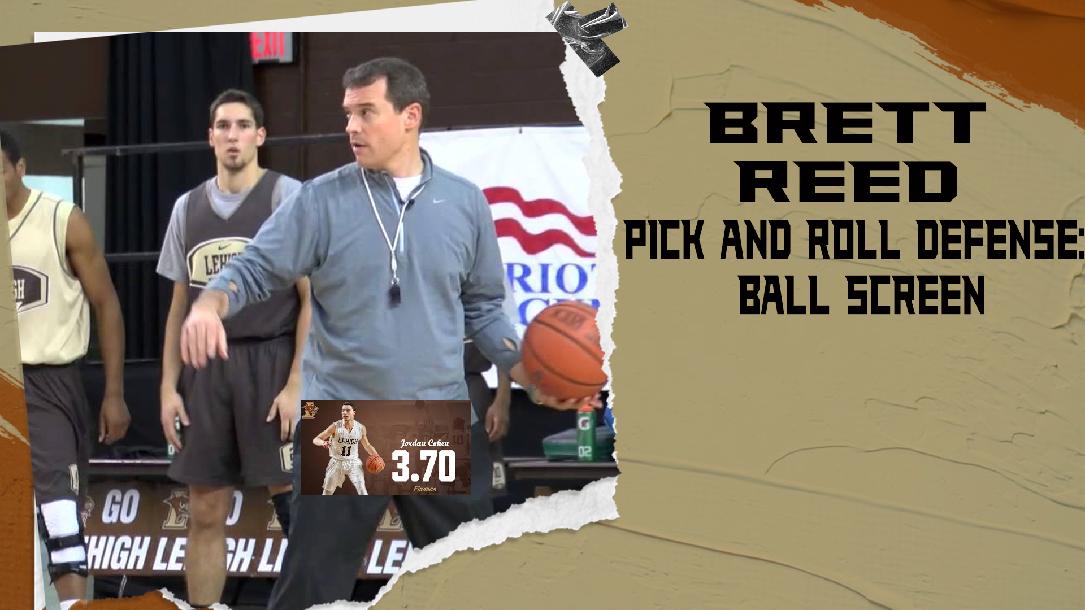 In this lesson, Coach Reed talks about how to defend the ball screen pick and roll. Throughout the year's many coaches have been able to come up with a strategy to stop the most unstoppable play in basketball (when it's run right). Through Coach Reed's defensive philosophy, their defense covers the pick and roll almost to perfection which is more than most coaches can say. Coaches can use these lessons and tools to implement a fantastic defensive scheme.

Coach reed has been with Lehigh since 2002 as an assistant and associate head coach all the way up until 2007 where he was named Head Coach of the team. His previous positions before then were all assistant coaching jobs at Oakland CC, UNC Greensboro, and High Point. Overall at Lehigh, his head coaching record is 229-177 which is fantastic for being a first-time head coach. With 13 years of experience under his belt now he has been able to turn Lehigh into a marquee program and has even made it to the NCAA tournament two times. His team made it to the second round in 2011-12 after upsetting Duke in the first round, led by now NBA guard CJ McCollum. His experience at Lehigh through the years has been able to put the program on the map in the past couple of years.