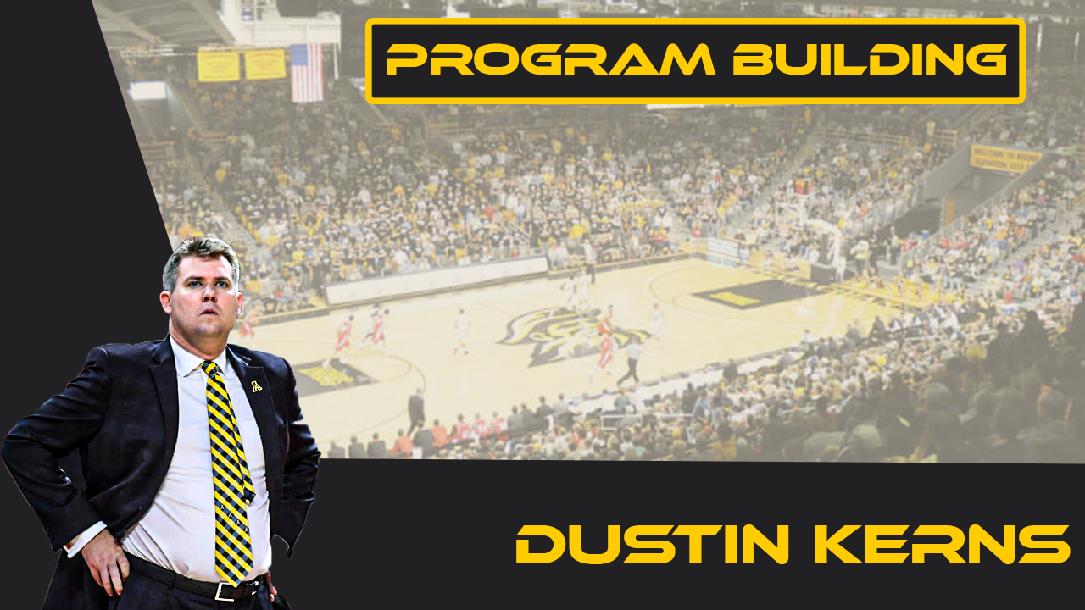 Coach Dustin Kerns puts on a talk on how to build program from a scratch. Coach Kerns has already took over 2 basketball programs - Presbytarian and Appalachian State, both of them he lead to post season in his second year as a head coach. He talks about culture, recruiting, team building, basketball philosophy, offseason workouts, open gym culture and more!

Coach Kerns has been in Division 1 coaching ranks for over 20 years. He first started at Clemson University as a student manager, and continued to Tennessee as a Grad Assistant, before assuming the position of Assistant Coach at Wofford and Santa Clara. In 2017 he was named the Head Coach at Presbytarian University, where in his second season, he lead Presbytarian to the CIT Quarterfinals. After two years at Presbytarian, he took over the Appalachian State basketball program, where in his second season lead the team to the NCAA tournament