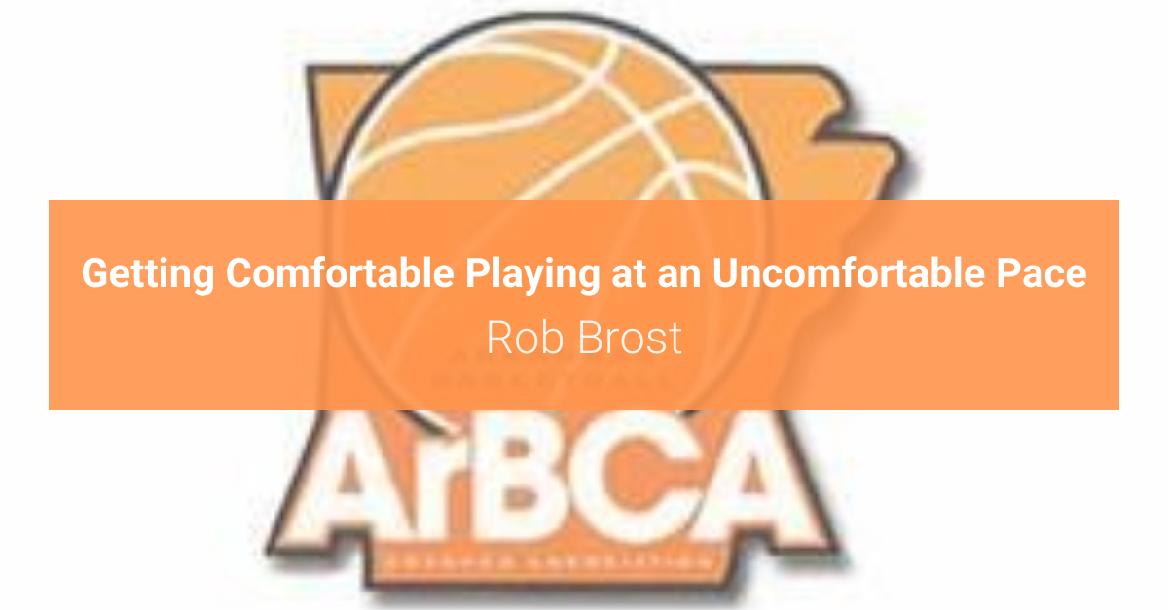 Coach Rob Brost presents a system of drills and actions to get your team playing at a faster pace.  Coach Brost discusses the philosophy behind getting players to play harder, the type of shots they want on offense, as well as a series of breakdown drills and teaching points are included in the presentaiton.

Rob Brost has been the Head Boys Basketball Coach at Bolingbrook High School (IL) for the past 14 seasons. He is the schools' all-time winningest coach and has won nearly 80 percent of his games at BHS. His program is generally recognized as one of the best in Illinois having won 22+ games in 8 of the past 9 seasons while advancing to the IHSA Final Four twice. BHS has produced over 60 college basketball players during his tenure. Coach Brost's teams have led Class 4A (Illinois' biggest class) in scoring 3 of the past 4 seasons. A regular on the speaking circuit, Coach Brost has presented at USA Basketball Coach Academies, PGC Basketball Clinics and several state association clinics throughout the country.