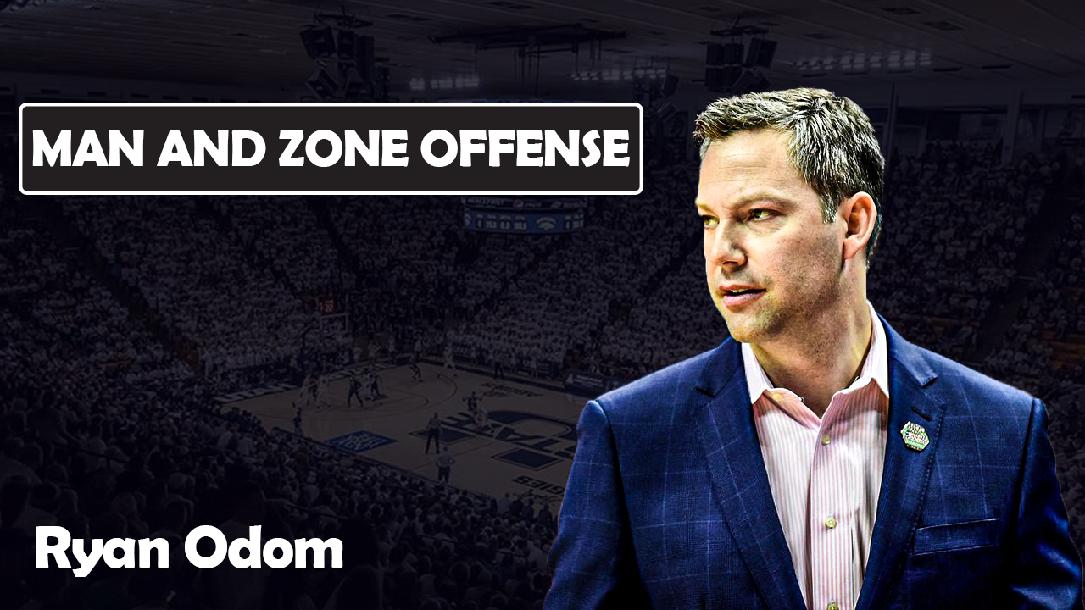 UMBC coach Ryan Odom shares some of his favorite man and zone actions in this clinic presentation from the 2020 Louisiana High School Coaches Association.  Coach Odom details how he has built a program that shocked the world in 2018 when #16 UMBC upset #1 Virgina, along with play actions and early offense actions.

In April of 2016, UMBC Director of Athletics Tim Hall announced the hiring of Ryan Odom as the ninth head men's basketball coach in school history. It's safe to say that that the marriage has worked out quite well for a growing #RetrieverNation, in addition to positively impacting the pride of the Baltimore metropolitan and Mid-Atlantic regions.

In his second year at the helm, Odom and his staff brought the program and the university to a place that even the most ardent Retriever supporter would have thought was impossible. In a six-day span, UMBC won an America East Conference title at prohibitive favorite Vermont and followed up by engineering the first victory for a No. 16 seed over a No. 1 seed in NCAA Men’s Basketball Tournament history.  UMBC overwhelmed the tournament’s top overall seed, Virginia, 74-54, in Charlotte, N.C., earning an ESPY nomination for the “Best Moment” of the year.
The Retrievers won a school-record 25 games (25-11) and Odom earned the 2018 Hugh Durham Award as the nation’s top mid-major coach. Baltimore multi-media entity, Press Box tabbed Odom, along with graduate student guard Jarius Lyles as Sportspersons of the Year.