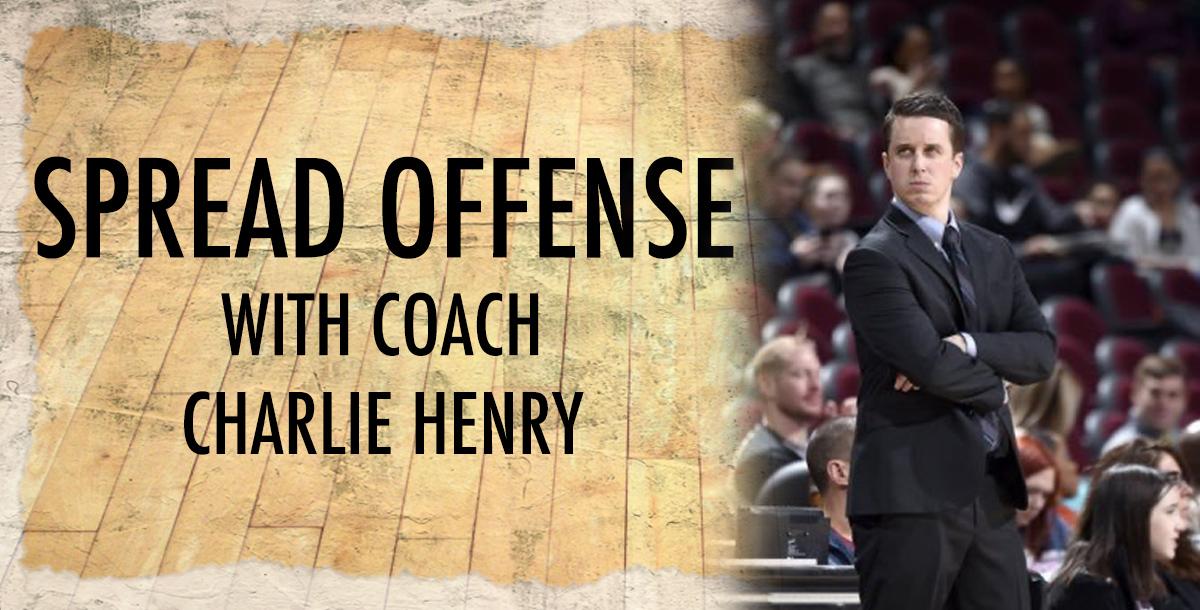 Coach Charlie Henry breaksdown the offensive concepts utilized by Coach Nate Oats at the University of Alabama.  Coach Henry goes into spacing, screening in transtion and the importance of ball movement and attacking with the dribble.

Charlie Henry is in his second season as an assistant coach at The University of Alabama. In addition to his time in Tuscaloosa, Henry has over 10 years of coaching experience on three major levels of basketball – NBA, G League and Division I power-five schools – including stops at the Chicago Bulls, Windy City Bulls and Iowa State, among others.

His tenure at Alabama marks the second time that he has worked with head coach Nate Oats, who gave Henry his start in the coaching profession as an assistant at Romulus High School in Detroit, Mich., during the 2009-10 season. Romulus finished the year at 21-2 and was ranked as high as No. 22 in the nation by USA Today.

“I’ve known Charlie for 10-plus years and gave him his first coaching job as my assistant coach at Romulus High School,” Oats said. “I’ve seen him climb the ladder. He works hard and has one of the sharpest minds around. I called him frequently while I was the coach at Buffalo to bounce ideas off him. He was an assistant coach in the NBA and head coach in the G League, so he has the knowledge of NBA concepts, but it’s also a big plus that he was in Division I at Iowa State for a few years so he has both sides.”

Henry’s input was made immediately evident as Alabama made tremendous strides offensively. The Crimson Tide led the SEC in six different offensive categories during the 2019-20 season, including scoring average (82.0 ppg), threes made per game (10.8) and three-point field goal percentage (34.9 percent), among others. As a direct result of the offensive numbers, four UA players earned All-SEC accolades which matched a program record with the 2006 team that also featured four all-conference players on its roster.

On the recruiting trail, Henry helped sign the nation’s ninth-ranked recruiting class according to Rivals.com, which was also ranked No. 12 nationally by 247sports.com. Furthermore, he played a role in the addition of Yale’s Jordan Bruner, who signed with Alabama and was considered one of the top graduate transfers in this past year’s transfer portal.

Henry came to the Capstone after spending two seasons (2017-19) as the head coach of the Windy City Bulls, the NBA G League affiliate of the Chicago Bulls. During his final season, Henry led his team to a 27-23 (.540) overall record, earning a spot in the playoffs for the first time and its first winning record in the franchise’s three-season history. While with Windy City, he coached second-team All-NBA G League honoree Walter Lemon Jr., who would be called up to the Chicago Bulls on March 29. Additionally, Jakarr Sampson earned the team’s second call up on March 31.

His first campaign with Windy City was highlighted by Bulls’ two-way player Antonio Blakeney earning G League Rookie of the Year honors.  Following the season, both Blakeney and Ryan Arcidiacono were converted to standard NBA contracts.

“I am so thrilled to be coaching alongside Coach Oats at The University of Alabama,” Henry said. “I have seen first-hand his commitment to building a program, the passion he has for developing young men, the effort his teams play with and the admiration his players have for him. My wife Teisha and I are ecstatic to be a part of the University of Alabama and the Tuscaloosa community.”

Before earning his first career stint as a head coach, Henry spent two seasons (2015-17) as an assistant for the Chicago Bulls under Fred Hoiberg. During his two years in the NBA, Henry’s responsibilities included player development, opponent game preparation, and implementation of offensive schemes, among other duties.

Prior to his time with Chicago, Henry was a member of Hoiberg’s coaching staff at Iowa State for three seasons, where his tenure was highlighted by three consecutive trips to the NCAA Tournament (2013-15), a Sweet 16 appearance (2014) and two Big 12 Conference Tournament championships (2014, 2015). During his final two seasons, the Cyclones posted a record of 53-17 (.757) and led the country in wins against top-25 teams. They were also one of two teams in the country to place in the top-15 in offensive efficiency every season from 2013-15.

The highlight of his tenure in Ames came in 2014-15 when Iowa State went 25-9 and finished second in the Big 12 with a 12-6 record. The Cyclones won their second consecutive Big 12 Tournament that season and advanced to the NCAA Tournament. ISU, which was ranked in a school-record 37 consecutive polls, came in at No. 9 in the final Associated Press Top-25. Henry also spent time on the staff as the director of player development (2013-14) and graduate assistant (2012-13).

A native of Canton, Mich., Henry spent the 2011-12 season with the Indiana Pacers as a video intern. The Pacers advanced to the Eastern Conference semifinals that season. In 2010-11, Henry was a graduate manager at Utah, assisting the video coordinator for the Runnin’ Utes.

Some excellent insides in the spread offense and how to use it based of video's to go with teaching it.

Good technical detail with spacing, screeners game and drag actions. A lot of good actions from 5 out into flow offence. A very good clinic to give a coach details inside flow offence options with 5 out spacing and the key areas of emphasis to drive desire to play at speed. Also very good options shared with what they do in transition with 5 out spacing. Coach discusses with excellent video why they do what they do depending on what the defence shows.