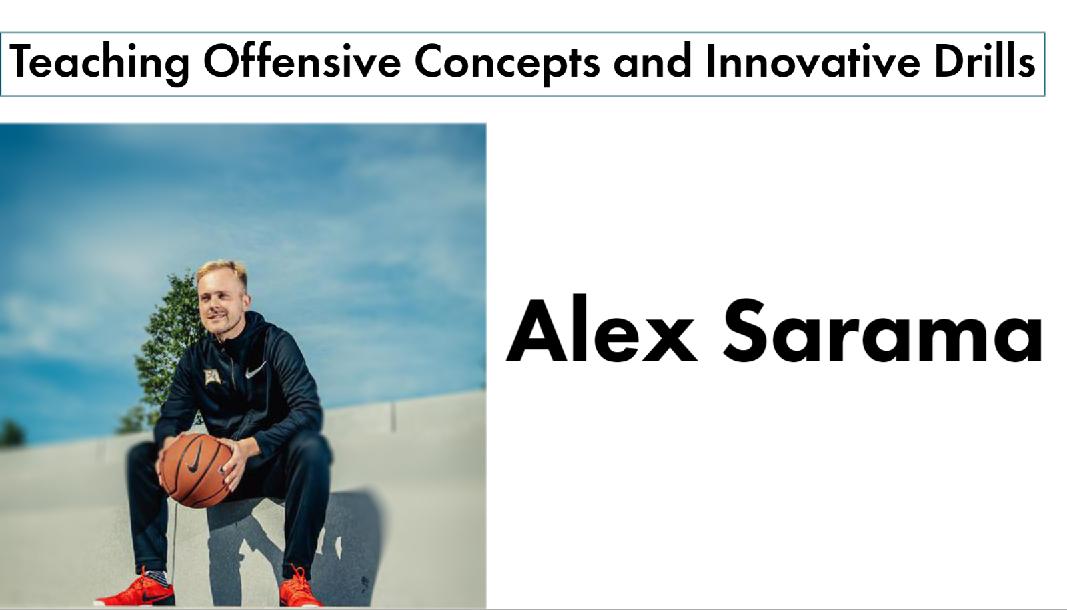 Coach Alex Sarama has developed players from the junior level the way to the NBA. Coach takes us through a series of concepts and drills which will not only help your players improve but also make it fun and thought-provoking. The Oscars, "gets" compared to Tom & Jerry, Dominoes, Battleships...all drills and concepts which makes development fun and competitive!

Alex Sarama is one of the up and coming player development trainers in the game. Coach Sarama joined Elite Academy as Technical Director in August 2019 after three years of working with the NBA. In his role as Associate Manager, Basketball Operations, Alex worked on NBA initiatives across Europe, Middle East & Africa to grow the game of basketball. This involved extensive travel to deliver clinics for both players and coaches all over the world, as well as coaching within programs such as Jr. NBA, NBA Player Camps, Basketball without Borders, NBA Global Camp and NBA Global Games.

Within Elite Academy, Alex acts as Technical Director overseeing the player and coach development for all age group teams and coaches in the program.

Coach Sarama grew up in Guildford, England, Sarama was prior founder of Goldhawks Basketball from 2011 – 2016. The club was based in Guildford, Surrey, with the youth program featuring over 200 plus players.