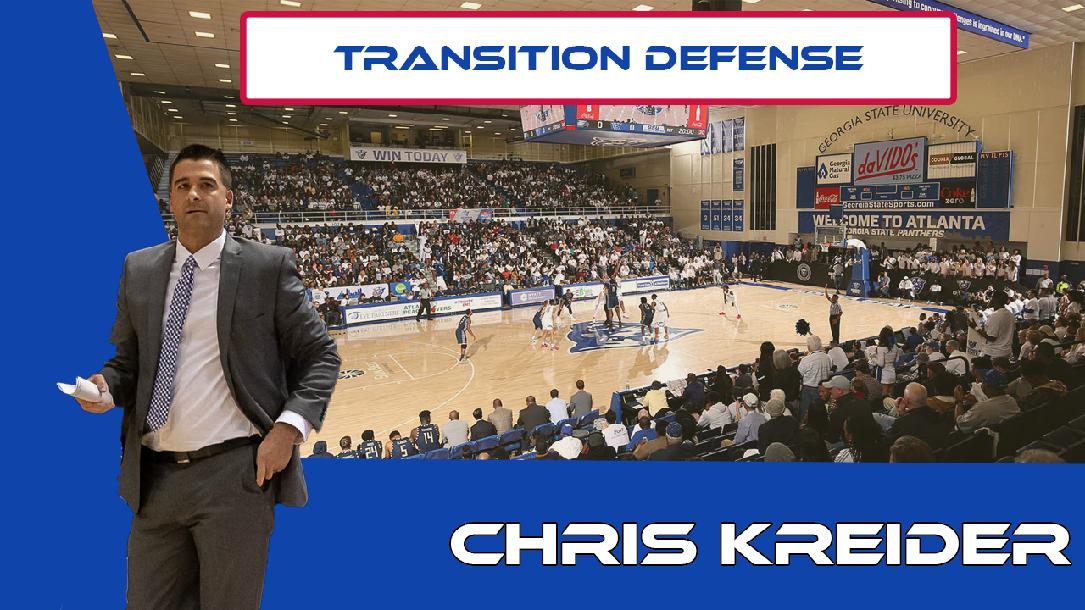 Transition is one of the hardest aspects of the game to train for. It's fast paced and it's over in seconds. For an offense it's the easiest opportunity to score easy baskets, drive to the lane and get a and one. Especially now with so many teams being fast paced, It's important to set up a good transition defensive game plan.

Opposing teams try to take advantage of the transition because players are typically scattered on the floor and it's hard for a team to get back into their defensive plan. As part of transition defense, it is very important not to give the opponent any easy points. The best way to achieve this goal is to have one or more defenders get back on defense while the rest of the players get back to defend.

Things to consider when transiting, It's important to sprint back and force at least 3 passes. Giving your teammates time to get back. Do not back peddle, it's the easiest way to trip over yourself. If you can't force 3 passes, it's just as important to force them to take a shot only you want them to take. Shot selection matters. Protect the basket and shrink the floor. Possibly the most important, communication. Talking and pointing while running back can make the job easier.

Your transition game is vital to the team's success. Don't let up on easy points. Learn how to stop the fast break. Introducing..

In this course, Assistant Head Coach Chris Kreider has created a training to help teams on the transition defense. He discusses the drills and tools he uses to stop the opposing teams transition game. Everything you need to stop the fast pace game.

Simply click the ‘Book This Course’ button at the top right of this page, place your order, and you’ll immediately be logged into the training with full access. You’ll hit the ground running and improving your transition defense today!

Chris Kreider is the Assistant Basketball Coach at Georgia State University. A coaching veteran bringing more than 19 years of experience at five different levels, Chris Kreider returned to Atlanta as an assistant coach at Georgia State in April 2019. Kreider arrives at GSU after a two-year stint at Rice. He guided the Panthers to a 16-6 record and a third-straight appearance in the Sun Belt Conference Tournament Championship Game. Along the way, he led the Panthers to a opening night, quadruple overtime victory over Georgia Tech, marking the program’s first win over an ACC opponent in school history.

Prior to his tenure at Rice, Kreider spent two seasons at Virginia Military Institute, serving as the recruiting coordinator and post coach. Kreider’s career also includes four seasons at George Mason, where he helped the Patriots to a pair of 20-plus win seasons and a postseason appearance in the College Basketball Invitational in 2011-12. The Patriots capped the postseason run in the championship series against Santa Clara. Kreider also helped Mason to the CAA Tournament semifinals his first two seasons before the university transitioned to the Atlantic 10 Conference in 2012-13.