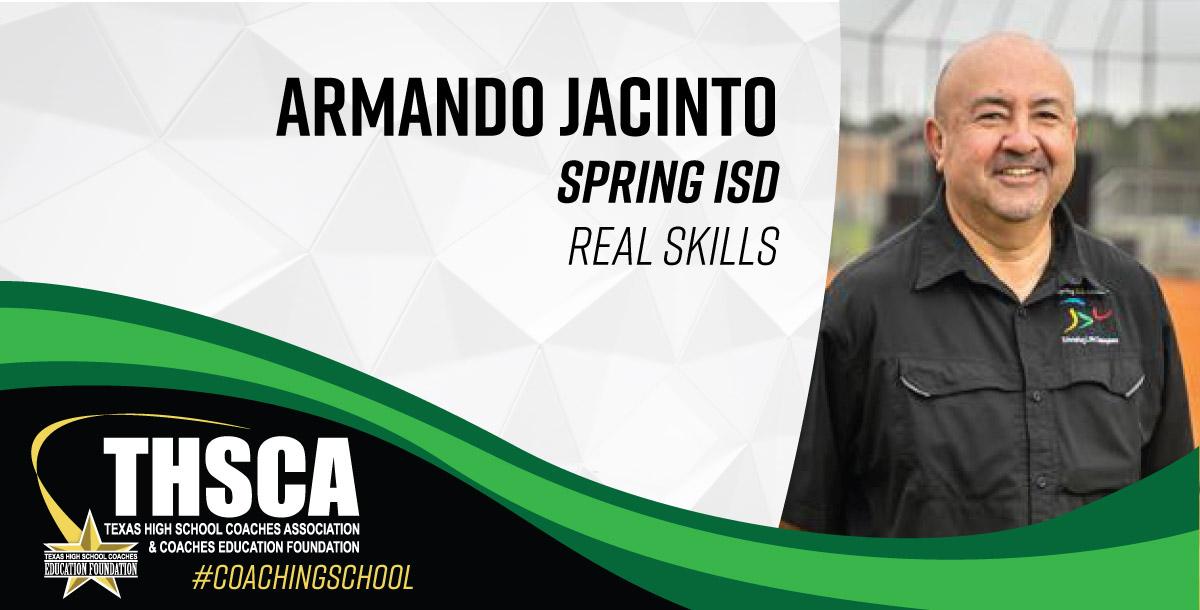 Armando Jacinto is from Waco; Texas has 36 years’ experience as coach and athletic administrator. he began his career at University middle school as 8th grade football and basketball coach from 1986-1900.In 1990 he was promoted to University high school where he began as freshman football and assistant baseball coach. He coached there for 17 years progressing through the ranks where he served as head baseball coach for 7 years led them to first playoff appearance in 1998 in 20 years. As he moved up through the ranks serving as special team’s coordinator, off-season coordinator, defensive line coach, defensive coordinator, and ultimately as assistant head coach. In his 17 years 15 on the varsity staff at University they made playoffs 9 of those years. He coached 60 scholarship athletes notably hall of famer Ladanian Tomlinson, Perrish Cox-Denver Broncos and Jerrell Freeman-Chicago Bears.