Coaching At Its Core | Athletics In Education 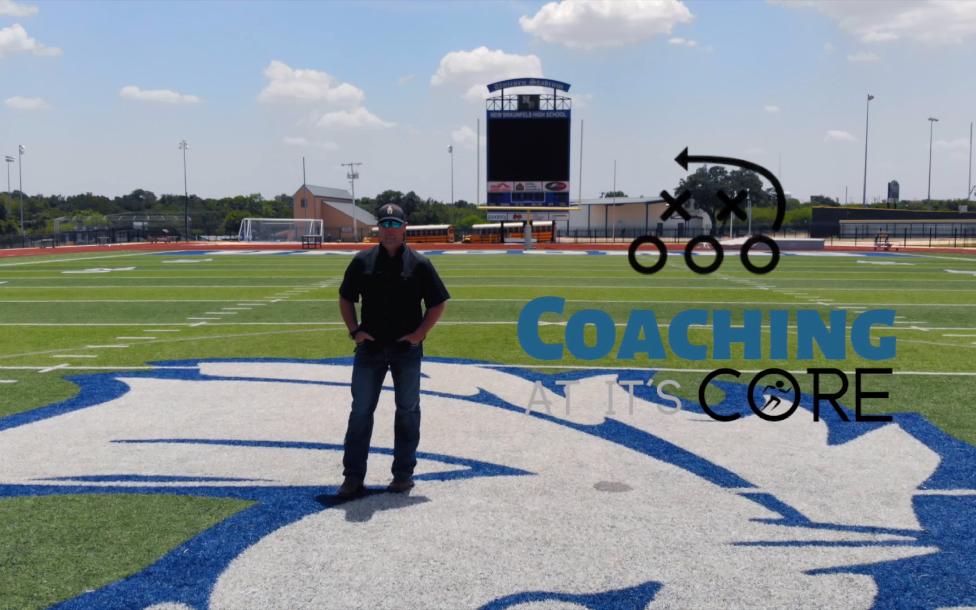 The Coaching at its Core online video series is designed to be a resource for School Districts to educate their coaches on issues such as mental health, social media, and other social challenges.

Coach. Could there be a more influential title? Last year in America, over 45 million kids competed in a sport of some kind. Every one of them had a coach. It has been said that a Coach will impact more people in a year than most people will in an entire lifetime.

Kids. Could there be a more challenging time to carry that title? Kids today face all kinds of challenges:

Pressures From Parents and Peers
Teen Suicides
Social Media
Dating Violence
Fatherless Homes
Broken Families
The List seems to go on and on.

If kids aren't fortunate enough to get guidance and direction at home, where do they go? Who will stand in the gap for them and show them what it means to lead, to be responsible, to be a part of a team, to commit to something bigger than yourself? For many kids, that direction comes from their coach. The Coaching at its Core Online video series follows the journey of Clint Rutledge as he sets out to learn more about the challenges kids are facing today and how coaches can use their unique platform to be a part of the solution.

The series is comprised of 8 Sessions and has a workbook that accompanies it.  The 8 Sessions include:

The Role of Athletics in Education
Session 1 – Intangibles for Success – How to Make a Living vs How to Live
Mental Health
Session 2 – Attacking Anxiety – Pressures Kids are Facing Today
Session 3 – Suicide Rates – Why we can’t keep doing what we’re doing
Social Media
Session 4 – They Psychology of Social Media – Why is it so addictive?
Session 5 – Triple Filter Test – Establishing your policies when it comes to Social Media
Social Issues
Session 6 – Dating Violence and Double Standards – Start the Conversation
Session 7 – Fatherless Homes – Too Important to Ignore
Coaching to Change Lives
Session 8 – Coaching Beyond the Game – The Influential Power of a Coach

Clint Rutledge is the son of Legendary High School Football Coach D.W. Rutledge.  Growing up around the Judson program, Clint eventually went on to become an All City player in both Baseball and Football at Judson High School.  During his time there he helped lead the Judson Rockets to Back to Back State Championships as a quarterback on their 1992 and 1993 Football teams.

Clint then went on to Baylor University where he graduated with a double major in History and English.  After graduating, he went back to Judson to serve as their quarterbacks Coach where he won his Third State Championship medal in 2002.   In 2005, he left the coaching profession and entered the business world where he quickly became one of the top Realtors for Keller Williams Realty in the greater San Antonio area.  In 2017, while continuing his Real Estate practice, Clint and his wife Jamie opened D-BAT New Braunfels, which is a sports training facility and center for Corporate Team Building and Development.

Combining his success in the Sports world with his success in the Business world, Clint Rutledge is also bursting onto the scene as a highly sought-after speaker and author. Speaking both nationally and internationally and sharing the stage with speakers such as Tony Evans, Chad Hennings, and Charlotte Jones Anderson (daughter of Dallas Cowboys owner Jerry Jones), Clint both challenges and entertains audiences with his signature storytelling.  Through his Fourth Quarter Leadership Institute, Clint can frequently be found sharing lessons on life and leadership with leaders of athletic teams one day and then highly successful business leaders the next.

In 2016, Clint became a bestselling author with his release of The Classroom: Lessons on Life and Leadership from a Texas High School Football Dynasty. The Classroom received praise from some high profile names such as Chip Gaines of HGTV’s Fixer Upper who said “The Classroom, isn’t just about a football program – it’s about the virtues and character that truly make a person great.” Former University of Texas Coach Mack Brown also said “The Classroom is about faith, accountability, and responsibility. It is a blue print of ‘how to’ when it comes to making a difference.” Finally, former NFL running back and FOX Sports analyst Spencer Tillman said “Clint Rutledge masterfully introduces us to leadership skills that produce smarter more resilient people.”

Clint has been married to his wife Jamie for 20 years and he has three kids, daughter Raylee age 17, son Ryder age 14, and daughter Reese age 6.

Communication and Culture by PGCGlazierClinics
Views: 527
$15.99

You just booked "Coaching At Its Core | Athletics In Education"