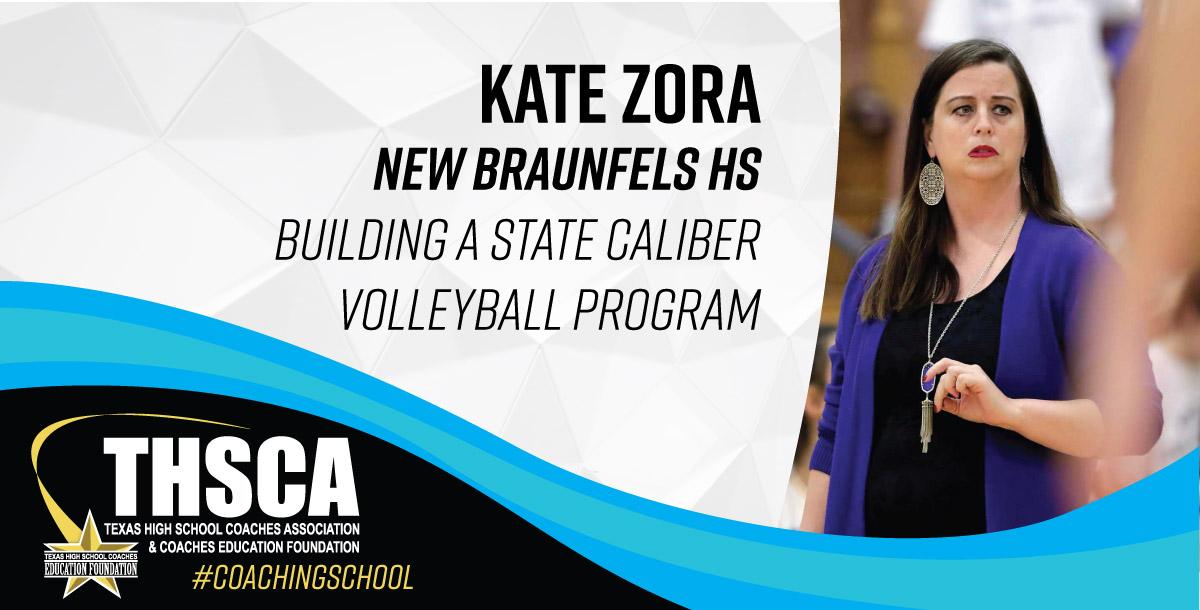 Kate Zora is the current head coach at New Braunfels High School after a seven-year stint at Klein High School, where she led the team to the 2020 6A State Finals and five regional tournament appearances. In 2020, she was awarded the AVCA All-Region coaching award, a national honor awarded to only two coaches in the state of Texas. Zora has over 550 career wins and a .776 conference winning percentage. She has also been awarded several Coach of the Year awards, including 2021, 2020, 2018, and 2017. Before coaching at Klein High School, she took the A&M Consolidated Tigers to the 5A State Semi-Finals. From 2005 to 2014, she led the Westwood Warriors to several regional tournament appearances, including a 2008 Regional Finals finish. Overall, Coach Zora has led over 120 athletes to Division 1 scholarships and has coached two Under Armour All-Americans.  She brings high energy and enthusiasm to her teams, always bringing out the best in her players. She is excited to share her knowledge and love of the sport today.