Spencer Tillman | The Power of a Clear Vision 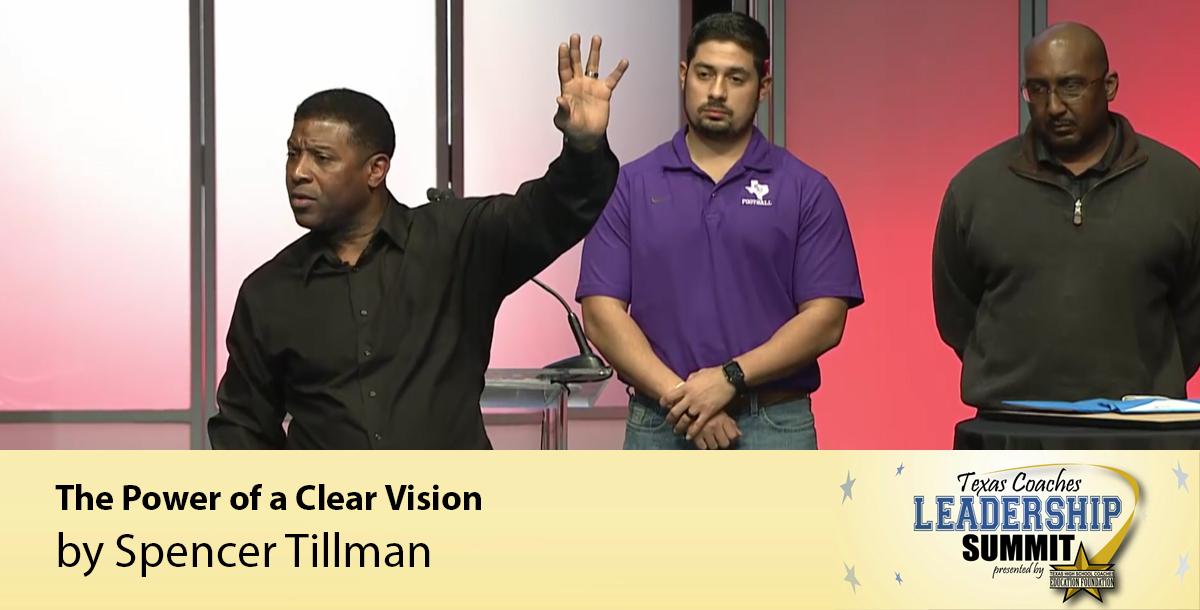 Just as cloudy headlights make it difficult to see the road ahead, cloudy vision that has been oxidized by distractions and life disturbances makes it difficult to navigate our way as coaches, leaders, mentors, husbands, and fathers. A clear vision enables us to stand for more than who we are, currently; it helps us maintain optimal performance, and increases our visibility so we can become all we are meant to be.

After an eight-year career in the National Football League, Spencer Tillman served as the lead studio analyst for CBS Sports coverage of College Football Today and the NCAA Men’s Basketball Tournament. He served as sports anchor for WABC-TV New York from 1997 to 1999, and also spent ten years as sports anchor for KPRC-TV Houston. He also served as an anchor for the regional broadcasts on Fox Sports Net. In 2005, Tillman published his first book, Scoring the Red Zone: How to Lead Successfully When the Pressure is On.

A freshman all-American running back for the University of Oklahoma (1982-86), Tillman was captain of the 1985 national championship team. He was the recipient of many awards, including UPI Player of The Year in the Big Eight Conference in 1982, Big Eight Football Newcomer of the Year in 1987, and most valuable player of the 1987 Orange Bowl. He completed his career with the Sooners with 2,257 yards on 434 carries, for 5.2 yards per carry, ranking him 12th on OU’s career rushing list.

In 1987, Tillman was drafted by the Houston Oilers. During the seven-month off-season, he honed his skills as an anchor and reporter with KPRC-TV in Houston. A team captain and member of the Houston Oilers for two seasons (1987-88), Tillman was traded to the San Francisco 49ers, where he stayed for three years (1989-91), serving as team captain in 1990. His eight-year NFL career as a running back was highlighted by a Super Bowl championship with the 49ers during the 1989 season. In 1992 he was traded back to Houston, where he completed his football career in 1994. His football and broadcasting careers developed in tandem as he hosted two sports talk radio magazines in Oklahoma City prior to his television work.

Tillman earned a bachelor’s degree in journalism from Oklahoma in 1986, and a second degree in communications in 1988.

Be clear about what you want and know the process or steps to get there. If you’re not clear, then your kids won’t have a clear understanding.

You Can Win Against the Odds - Tommie Harris by Texas High School Coaches Association
Views: 1318
(1) $15

You just booked "Spencer Tillman | The Power of a Clear Vision "