Creating and Sustaining a Championship Culture 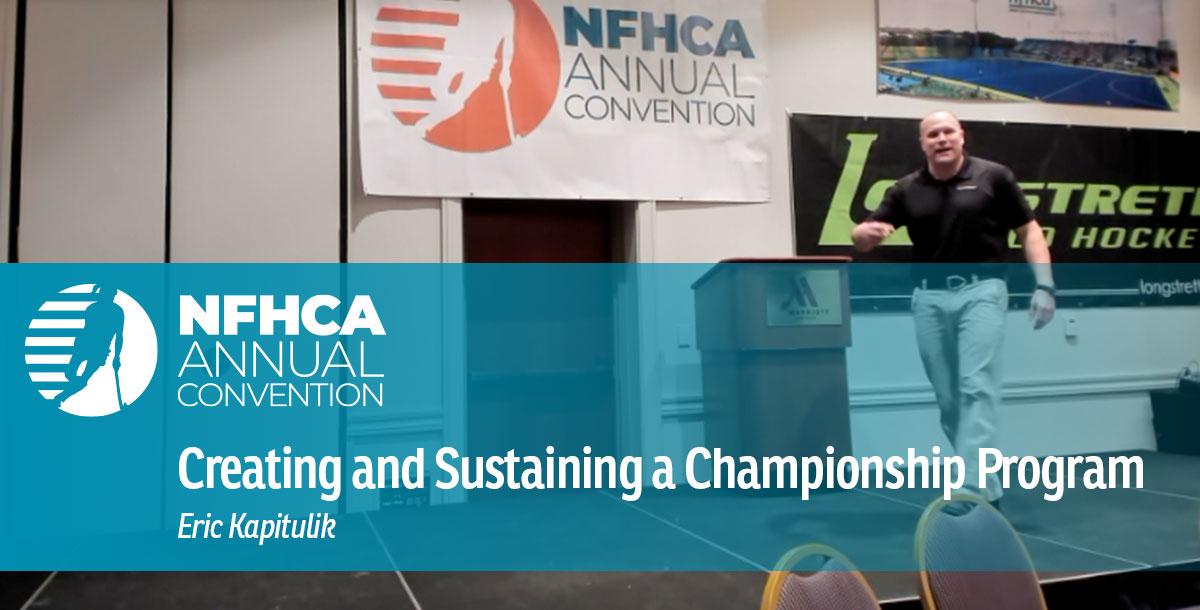 Kapitulik presents "Creating and Sustaining a Championship Culture" to NFHCA Annual Convention attendees. He discusses his experiences at the United States Naval Academy and as a United States Marine Infantry Officer and a Special Operations Officer. Kapitulik will share The Program's model for a championship culture — he will touch on how to find the "best" people for your team, how to find and defend your core values, and the importance of standards and goals.

Eric Kapitulik was born and raised in Thompson, Connecticut and attended the United States Naval Academy. While there, he was a four-year varsity letter winner in lacrosse and played on three NCAA tournament teams. He graduated in 1995 and went on to serve as both a Marine Infantry Officer and a Special Operations Officer with the 1st Force Reconnaissance Company, 1st Marine Division. Kapitulik left active duty after eight years of service and graduated from the University of Chicago Graduate School of Business in 2005. He is also an ultra-endurance athlete and an avid high-altitude mountaineer.

Kapitulik is now the founder and CEO of The Program, a leadership development and team-building company that works with corporate teams and leading collegiate and professional athletic organizations around the United States.

How to Create a Culture that Promotes Mental Health by NFHCA
Views: 669
$10

You just booked "Creating and Sustaining a Championship Culture"