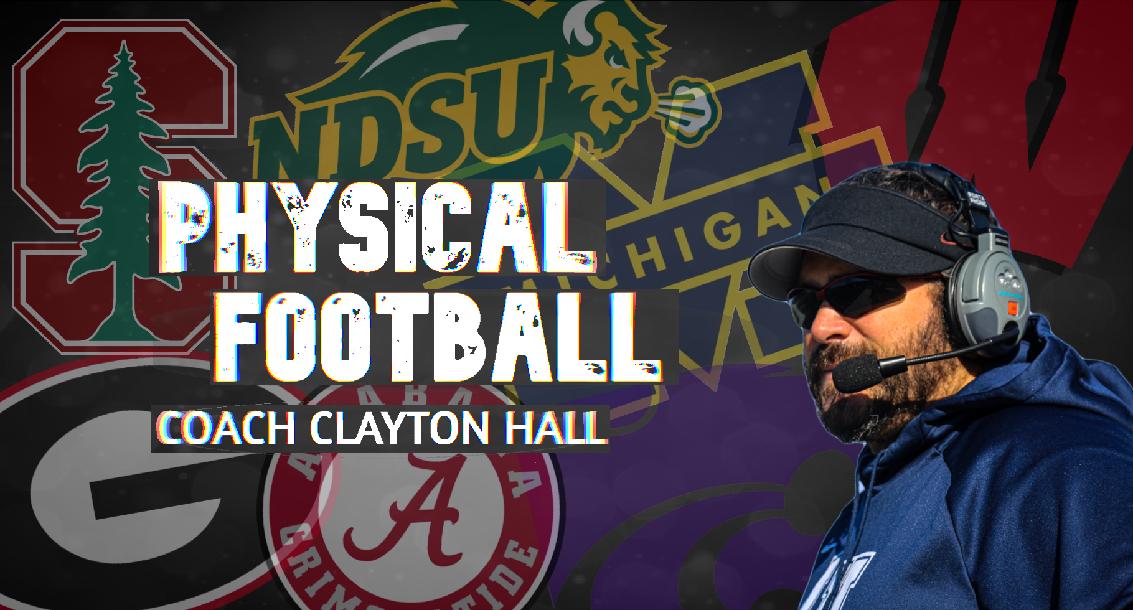 11 Personnel has become the most popular Personnel grouping over the past 5 years.  This course is a base install of the 1 Back Power and Power Read Schemes.  All plays are drawn up against 6 different defensive fronts.

Coach Hall has over 15 years of coaching experience as an Offensive Coordinator and Offensive Line Coach.  In a football world where the Spread and Air Raid style offense's have seen a lot of growth and exposure, Coach Hall's offense has a Pro Style background.  He started coaching at the High School level in Virginia, where he helped win a State Championship in 2005.  From there Coach Hall moved to the college ranks at the Division II and Division III level.  He has been schooled by a former NFL All-Pro Offensive Lineman in the Run Game and Pass Protection schemes and former NFL analysts and coaches in the Pass game.  This experience has helped Coach Hall build an explosive Pro Style Offense.

Offense's under his leadership have seen great growth as he has to constantly mold the Offense to the strengths of his players and personnel.  Over the years Coach Hall's Offense has broken numerous School Records.  They have been in the Top 10 of most statistical catagories in various confrences and in the NCAA.  Teams under his leadership have won High School State Championships, Confrence Championships, and have made NCAA Playoff appearences.