8 STEPS TO BUILDING A PROGRAM-MARK FARLEY 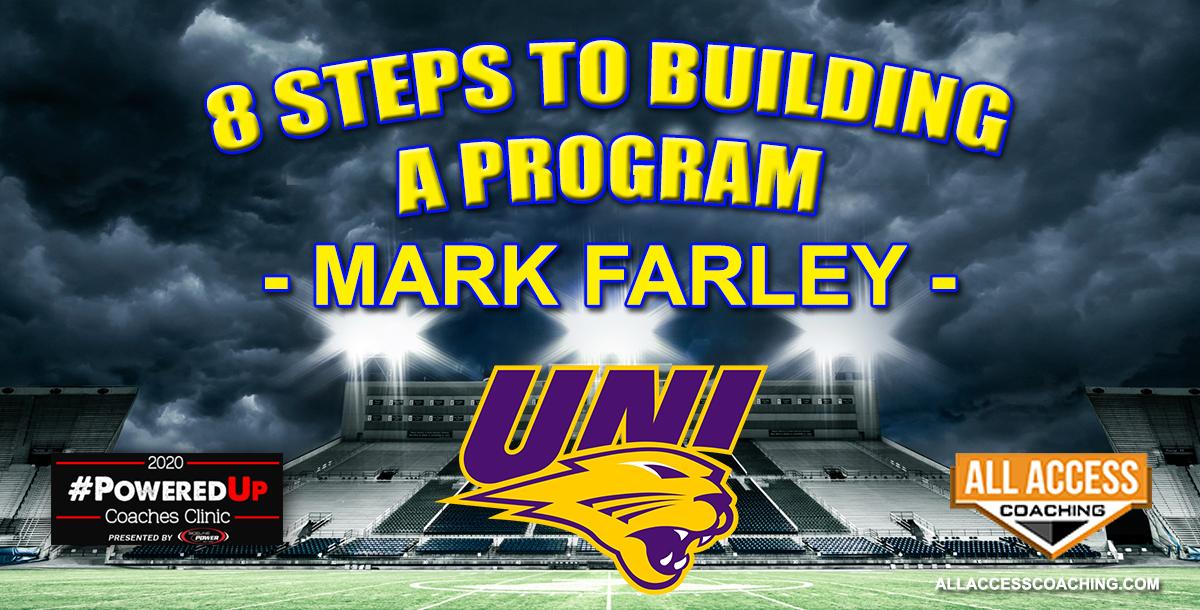 ONE OF THE TOP D-1AA PROGRAMS THE PAST 10 YEARS.

Coach Farley is 110-9 when the opponent scored less than 20 points.

Everyone today is talking about OFFENSE, but you win with DEFENSE

What is the best way to stop a No Huddle, Hi Tempo Offense?

Where do 60% of the penalites come from?

What is the #1 penalty in football?

GET YOUR OWN QUARTERBACK

Presence and Leadership.  You feel it.  Don't Judge a book by its cover.

Where is the Best Place to Find Leaders?

This applies to Coach Staff and Weight Room.

Find a way to give ownership of the team to the players.

Driver's Ed:  Coach Farley will let a captain or asst coach drive the car, but he is going to ride shotgun for awhile before letting him drive himself.

Everyone says that they are going to make them Bigger, Faster, Stronger.  But How?

Learn about mindset from an 8-time Coach of the Year

STICK TO YOUR PHILOSOPHY

Win with Toughness and Attitude.    Find out how Coach Farley turns "silk" into "toughness

Coaches can evolve and change, but stick to your philosophy.

University of Northern Iowa, 1983-86
Three-year starter at inside linebacker for Northern Iowa.  Led team in tackles and was Conference Defensive Player of the Year

You just booked "8 STEPS TO BUILDING A PROGRAM-MARK FARLEY"