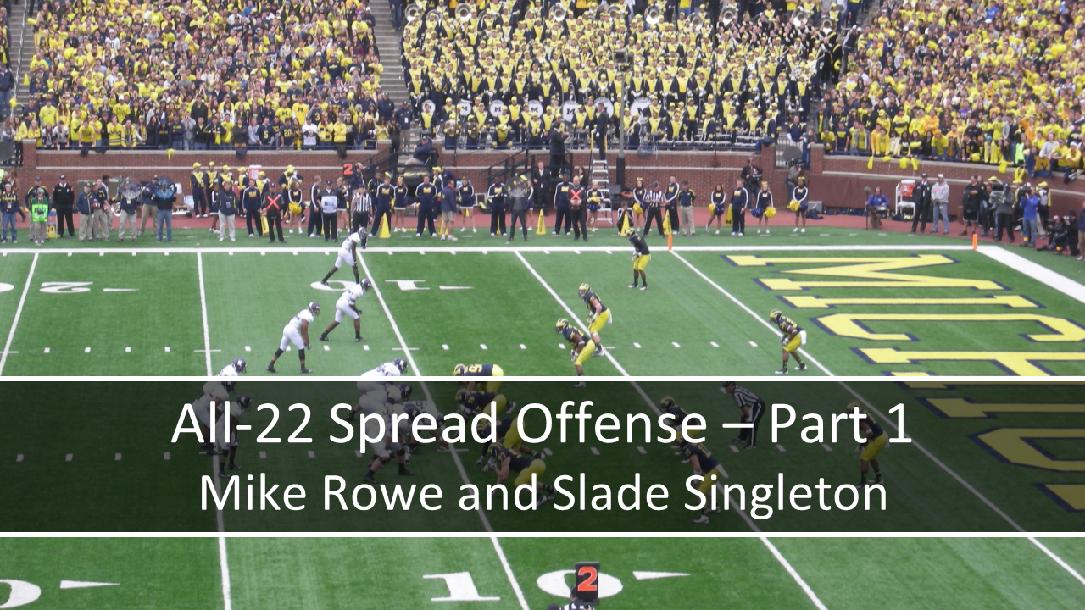 In this book, Coach Mike Rowe and Coach Slade Singleton look at the most talked-about run concepts and RPOs plays that have been ran out of the spread offense. See how two high school teams use top plays from FAU, UCF, Oklahoma, Oklahoma State, and Clemson. They guarantee that you will find at least one concept that will help you win next season. This book covers over 50 play diagrams and 40 video concepts talked about in this first book.