An RPO Evolution: A Study of Baylor`s RPO Scheme 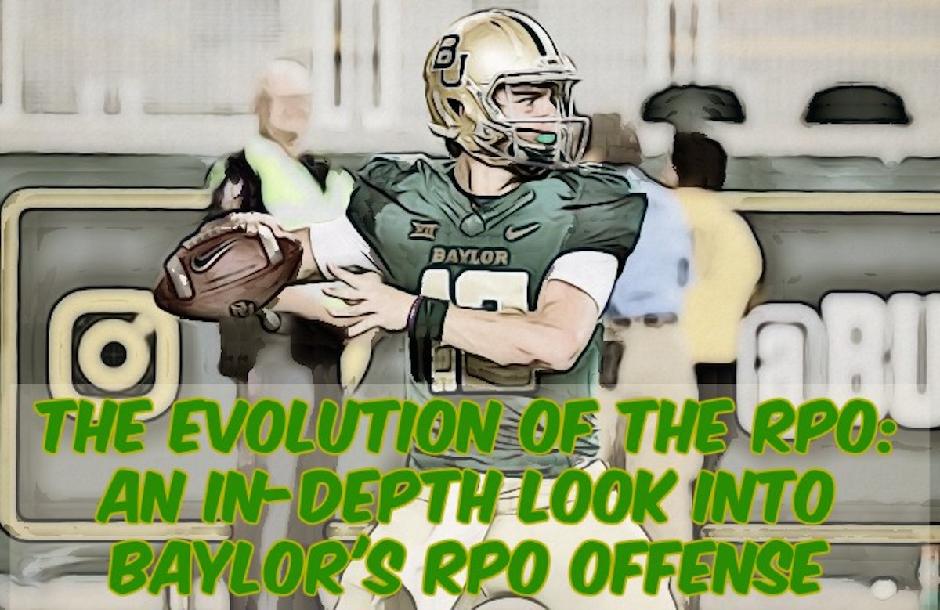 This is an in-depth study on Matt Rhule's Baylor RPO System. This study looks into their RPO system from the ground up. Starting from the most basic of RPO's such as Bubble & Swings while moving to more advanced RPO Principles such as Free Access, Glance, and much more. During his time at Baylor Matt Rhule was able to develop an RPO system that took advantage of defensive structures while putting defenders in conflict. Any Offense can utilize these by creating simple and clear reads for your Quarterback.

-This course shows more than just what RPO schemes Baylor was running.

-It explains the techniques and details of each scheme.

-How the concepts build upon each other.

-All-22 Film of each concept

At Dakota Wesleyan Coach Endsley shattered the school record for Total Yards & Passing yards in a game. Before Dakota Wesleyan, he also coached Offensive Line at Eastern Oregon University as well as being a Head Coach at the High School level at Lake Roosevelt High School, where his team broke several Offensive Records. Endsley has coached two AFCA All-American Offensive Linemen along with six All-Conference Offensive Linemen in both the Frontier Conference and the GPAC Conference. Along with that he was a Run Game Coordinator for a top-25 Rushing Team in the nation.

He coached an Offensive Line group that led Eastern Oregon University to top-25 offensive rankings in the NAIA, while coaching two All-Conference First-Team performers on the offensive line. Before coaching at EOU, Endsley was the head coach at Lake Roosevelt High School in Grand Coulee, Wash. He coached eight All-Central Washington First-Team athletes on offense and five All-Central Washington First-Team performers on defense.

Miss these days. Baylor was so fun to watch with Art back in the day. Commentary is meh but love this playbook.

You just booked "An RPO Evolution: A Study of Baylor`s RPO Scheme"