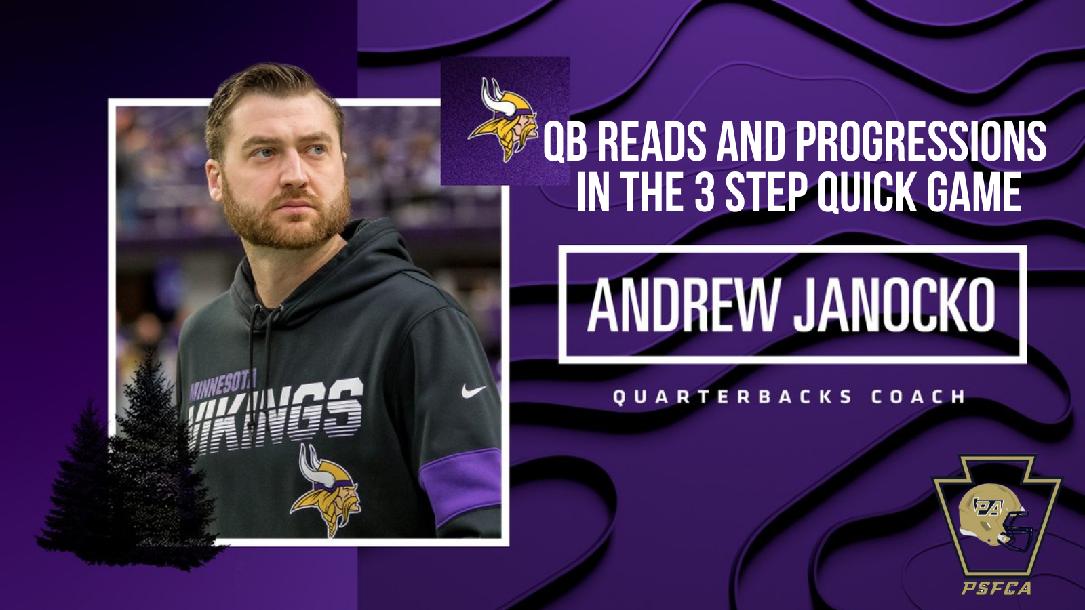 Andrew Janocko will serve as the quarterbacks coach in his 7th season with the Vikings and 9th in the NFL in 2021. Janocko most recently served as Minnesota's wide receivers coach during the 2020 season. Janocko arrived in Minnesota after coaching QBs at Division II Mercyhurst during the 2014 season. At Mercyhurst, Janocko guided Brendan Boylan to 3 Pennsylvania State Athletics Conference West Division Offensive Player of the Week honors and a Division II National Player of the Week honor. From 2012-13, Janocko received his first experience coaching at the NFL level when he served as an offensive assistant with the Tampa Bay Buccaneers. While in Tampa Bay, Janocko was responsible for working with then-Head Coach Greg Schiano and Offensive Coordinator Mike Sullivan in coordinating practice schedules and breaking down film. In 2012, Janocko had a hands-on role with the quarterbacks and kick returners before working with WRs and KRs in 2013. Janocko served as a graduate assistant under Schiano at Rutgers in 2011 working with the QB unit.