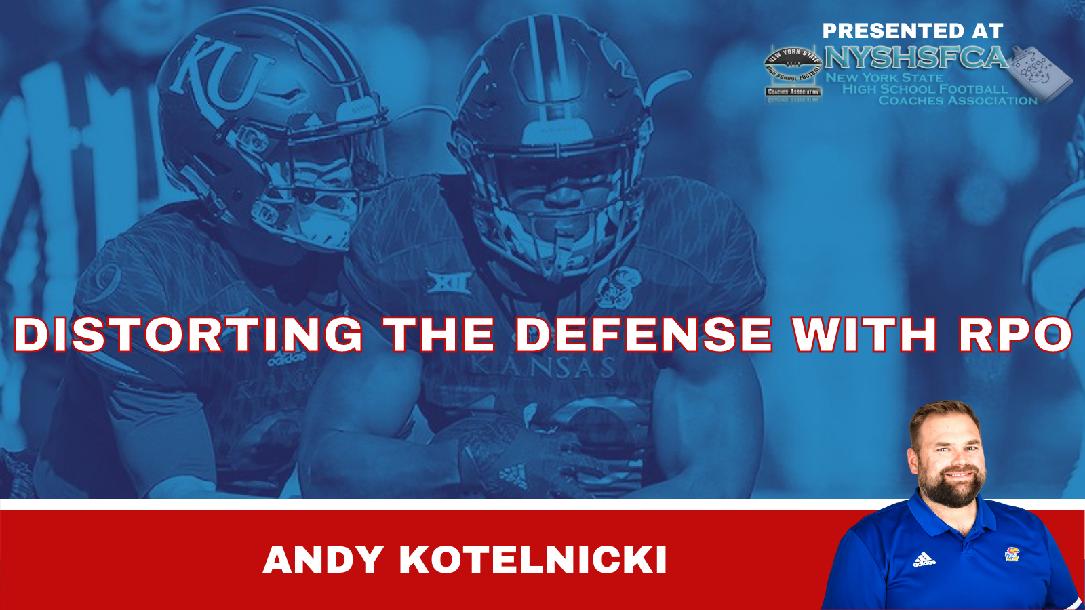 Coach Andy Kotelnicki talks to use about how his offense distortes the defense with the use of RPO's with variations included.

Andy Kotelnicki joined Lance Leipold’s staff in May 2021 as the offensive coordinator. Kotelnicki came to Kansas after seven seasons at Buffalo. Since 2018, Buffalo’s offense ranked high nationally and broke many school records. Despite a shortened season in 2020 due to the COVID-19 pandemic, the Buffalo offense still posted historic numbers while going 6-1. The Bulls averaged a school-record 478.4 yards of total offense per game and a school-record 287.4 yards per contest rushing. Buffalo ranked second in the nation in rushing offense (287.4) and fifth in the nation in scoring offense at 43.5 points per game. Also in 2020, Buffalo rushed for 32 touchdowns, four shy of the school record for a single season in only seven games. Bulls All-American running back Jaret Patterson led the nation in rushing, averaging 178.7 yards per game. Against Kent State, the Bulls scored a school-record 70 points. Also against the Flashes, Patterson tied an FBS record with eight rushing touchdowns and rushed for 409 yards, the second most ever in an FBS game. He and Kevin Marks combined to rush for 515 yards, which, at the time, was the most ever by two players in an FBS game.

You just booked "Andy Kotelnicki - Distorting the Defense with RPO`s"