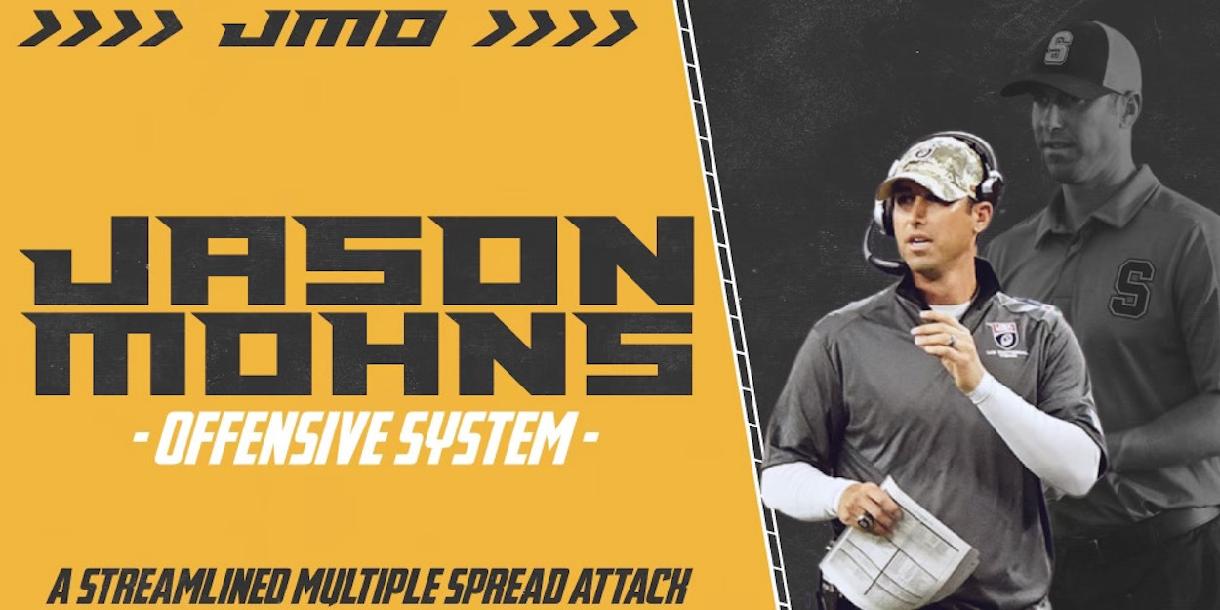 In this course, Coach Mohns details his favorite "inside triangle read", the Drive Concept. Coach walks you through the base routes and QB progressions, and uses practice and game cut-ups to show you the detailed ins and outs of the concept. Over the course of six chapters, you'll learn how to install the Drive Concept from 2x2 and 3x1 formations, how to add a mesh and rail element, and how to package the drive concept with other passing schemes like sail, verts, and the inside fade.

Head Coach Jason Mohns just completed his 10th season at the helm of the Saguaro Football program, and 15th season overall with the Sabercats.

Coach Mohns effectively combines the "Drive" concept with a few of his other pass concepts to produce the "illusion of complexity". Well taught and supported with clear visuals. Overall, an outstanding course!

You just booked "Attacking Multiple Coverages with the Drive Concept"