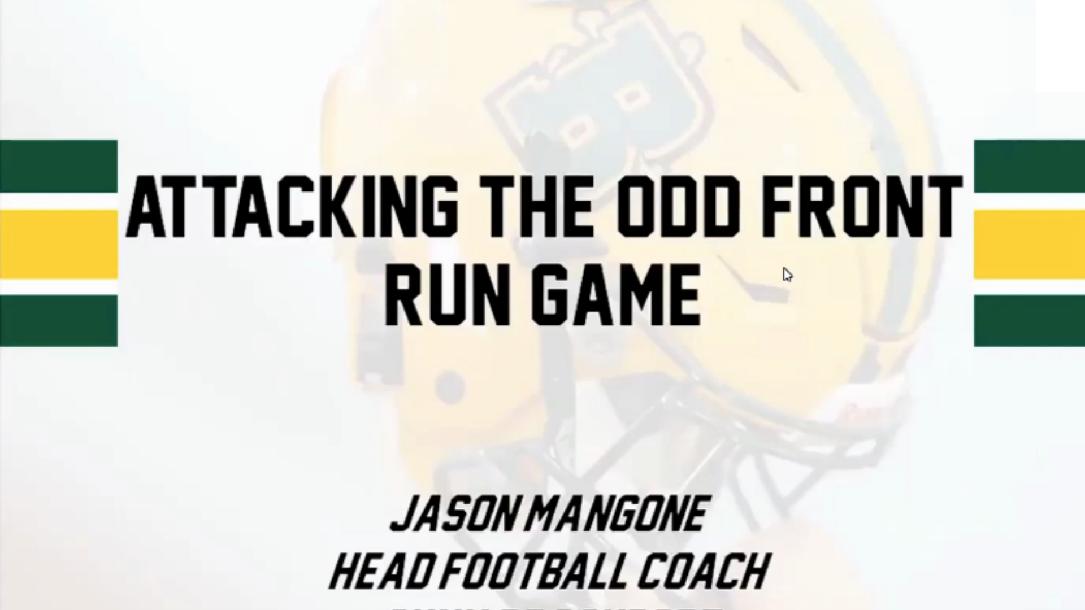 In this course, Coach Jason Mangone talks about attacking the odd-front with the run game. He breaks down the top blitzes to gameplan for as well as different zone calls. Mangone demonstrates the numerous ways the inside zone can take advantage of the odd front.

Simply click the ‘Book This Course’ button at the top right of this page, place your order, and you’ll immediately be logged into the training with full access. Take Coach Jason Mangone's tips and tricks to attacking the odd front with a sound run game today!

Undefeated Effort
Head Coach Jason Mangone has set a new standard for The College at Brockport football program since the moment he took over the reins in 2013.  He has guided the Golden Eagles to postseason play in five of the last seven seasons, including three consecutive NCAA Division III Football Championship appearances. He has 40 wins in the last four seasons and the dominant streak of success included a 21-game Empire 8 winning streak.

The 2019 edition of the Golden Eagles rattled off eight straight victories, including rallying from a 23-0 first-half deficit to earn a thrilling 32-26 overtime victory over then-ranked No. 18 Cortland, to help seal the program’s third straight E8 title.