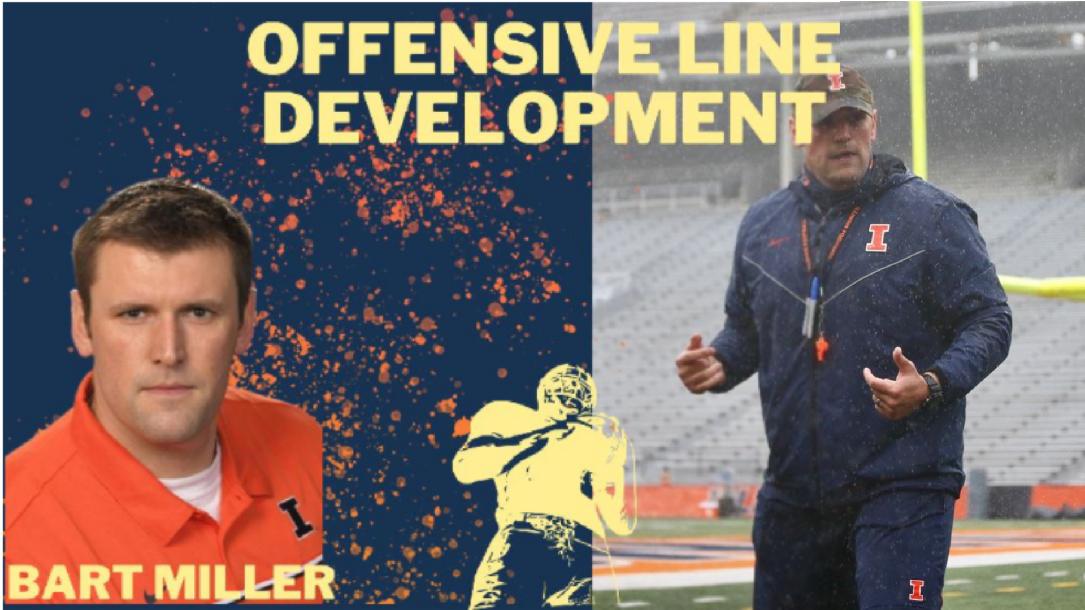 The offensive line is arguably the most important unit on the field, being responsible for protecting the quarterback, who predominantly runs the show. If he doesn't have enough time to run a play or get a pass off it ultimately comes down to his protection. Developing your O line is a sure way to create an effective offense.

In this course, offensive line coach Bart Miller discusses the importance of developing your lineman as well as the tools necessary for the job. He breaks down the standards and expectations for players and the drills and fundamentals he implements on his players.

Simply click the ‘Book This Course’ button at the top right of this page, place your order, and you’ll immediately be logged into the training with full access. Take Bart Miller's playbook to develop a great offensive line today!

Miller coached one of the most veteran offensive line groups in the nation in 2021, including All-Big Ten performers Doug Kramer (second team), Vederian Lowe (honrable mention), and Alex Palczewski (honorable mention). The group paved the way for Chase Brown to be Illinois' 14th 1,000-yard rusher in program history and pull off ranked road wins at #7 Penn State and #20 Minnesota. The season-defining win at Penn State was fueled by the offensive line, as Brown rushed for 223 yards - the most ever by an opponent at Beaver Stadium - and freshman Josh McCray had another 142 rushing yards, the most ever by an Illini true freshman against a top-25 opponent. For the season, the Illini run blocking was graded #14 in the nation according to Pro Football Focus.

Miller's first full-time coaching position came as the offensive line coach at Wisconsin under Bielema in 2012. He took over the offensive line unit in September of 2012 after serving as a graduate assistant coach the previous season at Wisconsin. The Badgers ranked No. 13 in the nation in rushing offense in 2012, averaging 236.4 rushing yards per game. Wisconsin won its third straight Big Ten Championship that season, defeating Nebraska 70-31 in the Big Ten Championship Game, and played in a third consecutive Rose Bowl.