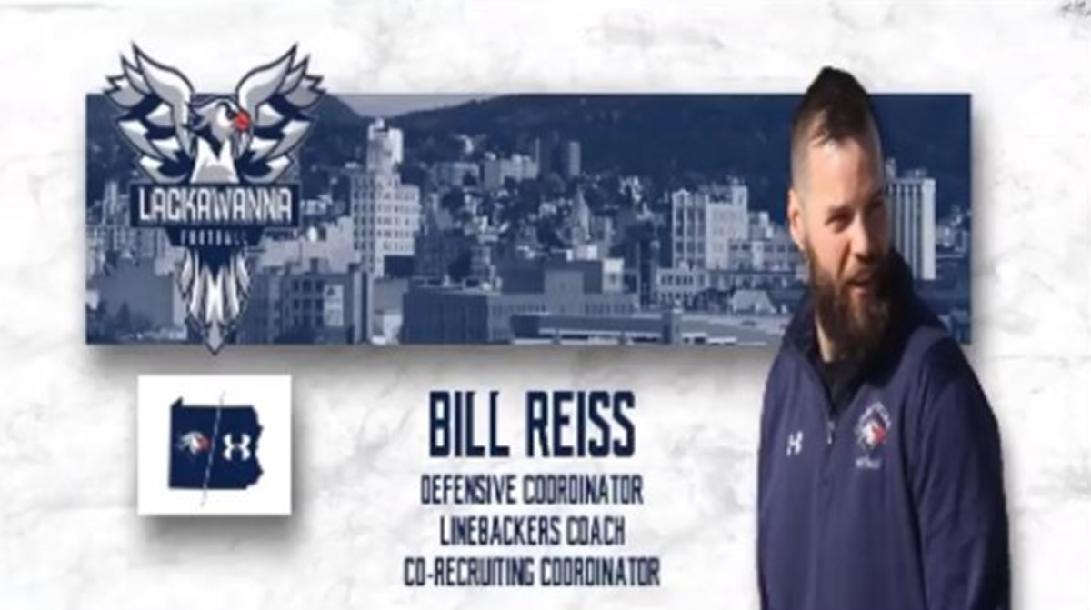 Bill Reiss has been a member of the Lackawanna College football staff since the Spring of 2009. Prior to his arrival at Lackawanna, Bill was the Defensive Line, Strength & Conditioning Coordinator and  Head Equipment Manager at Hargrave Military Academy . He started his career at Lackawanna as Linebackers and Special Teams Coordinator, before becoming the Defensive Coordinator in 2014. During the 2019 campaign, the Falcons Defensive led by Bill Reiss accumulated a top 10 finish in the NJCAA in most statistical categories. The defensive performance helped propel the Falcons to an 11-0 finish, an El Toro Bowl victory, and a #6 ranking in the NJCAA. During his career, he has helped multiple student athletes sign Division 1 Scholarships and has coached multiple NFL players, most recently coaching Kyzir White. Bill received an Associate’s Degree in Sports Management from Lackawanna College , Bachelor of Arts Degree in Business Management and a Master’s Degree in Coaching from Greenville University. He currently resides in Scranton, PA with fiancée Cat and daughters Raeleigh and Elliotte. Bill is a native of Wilkes – Barre, PA and attended E.L. Meyers High School.