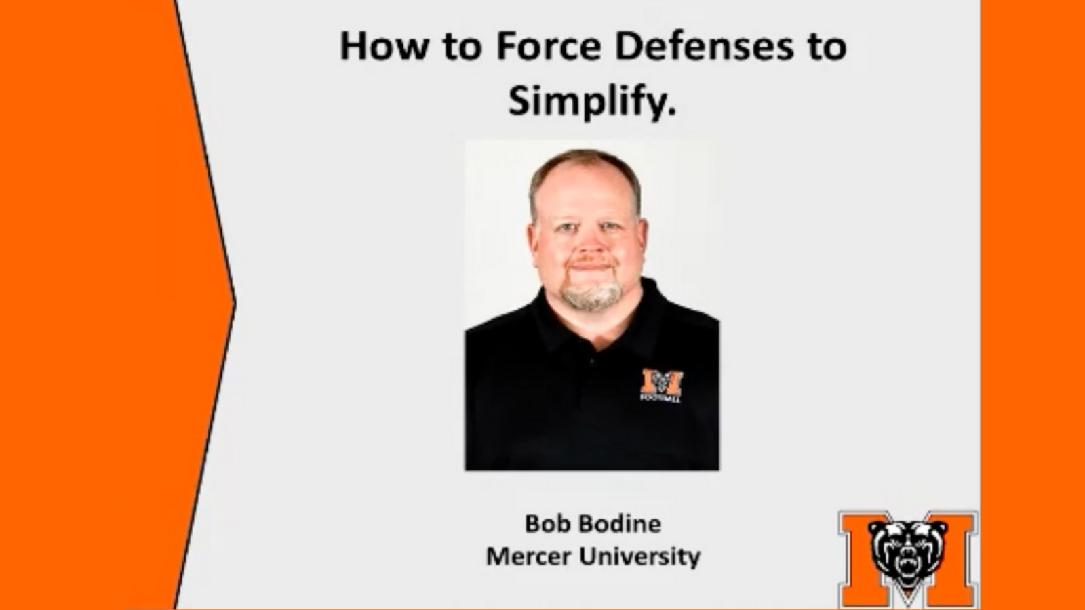 Coach Bob Bodine, Interim Head Coach at Lenior-Ryne, shares his tricks on how to force the opposing defense to simplify their own game plan by using a no-huddle and a up-tempo offense.

Bob Bodine is entering his second year as Offensive Coordinator and Offensive Line Coach for the Lenoir-Rhyne University Football Team in 2019 and his first season brought record-breaking success.

In his first year, the Bears offense ranked No. 9 in the nation in points per game and the points scored by LR broke a program record. The Bears ranked No. 10 in the nation in rushing yards per game. LR ranked among the best in the league in sacks allowed. The Bears owned a 12 game winging steak and went a perfect 7-0 at home and 7-0 in the South Atlantic Conference play. A lot of LR’s success had to do with Bodine’s offensive line that produced the league’s Jacobs Blocking Trophy winner. He coached the best lineman in the league as well as 1st Team All-Region and Don Hansen Second Team All-American squad.

Bodine has had an extremely successful stint as either offensive coordinator or offensive line coach or both at Georgia Southern, Army West Point, The Citadel and Virginia Military Institute.