Building a Kick Return Team from the Ground Up 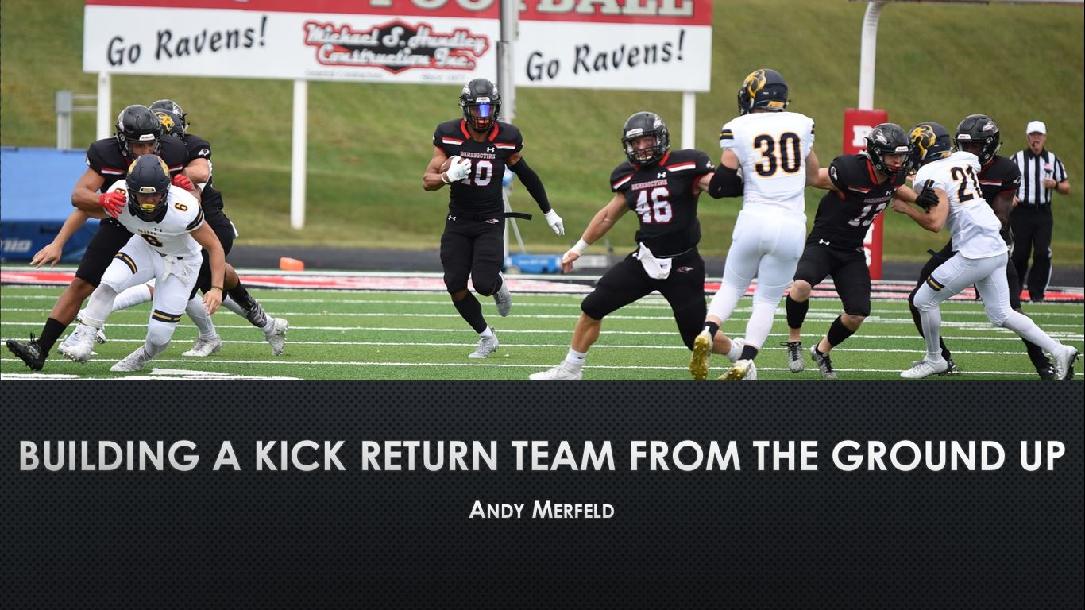 Whether you primarily coach on offense, defense, or special teams, field position is king. One of the ways you can help your team win the battle of hidden yardage and dominate field position is by building an explosive kick return unit.

Coach Merfeld’s two-part series will allow you to build your kick return team from the ground up. He details a comprehensive plan for the unit which includes everything from practice drills and blocking techniques to return schemes, game-planning, and situational calls.

In this first course of the series, Coach Merfeld goes through a detailed teaching progression for each type of block used on the kick return team. He uses game film as well as film of individual and group drills for each technique. Finally, Coach Merfeld discusses how coaches can put all the pieces together to run the “Power” return scheme.

In the second course on the kick return unit, Coach Merfeld covers a variety of change-ups for the Power return detailed in the first course. He also details the process of breaking down an opponent, game-planning, situational planning, and much more! You can purchase both courses in the Kick Return Bundle!

This course includes almost two hours of quality content and will help you take your kick return team to the next level, whether you're a veteran special teams coordinator or a young coach just taking over the unit.

Both KOR courses are extremely thorough. I highly recommend them.

Good stuff. Similar to what I have run, but some good drills I want to add.