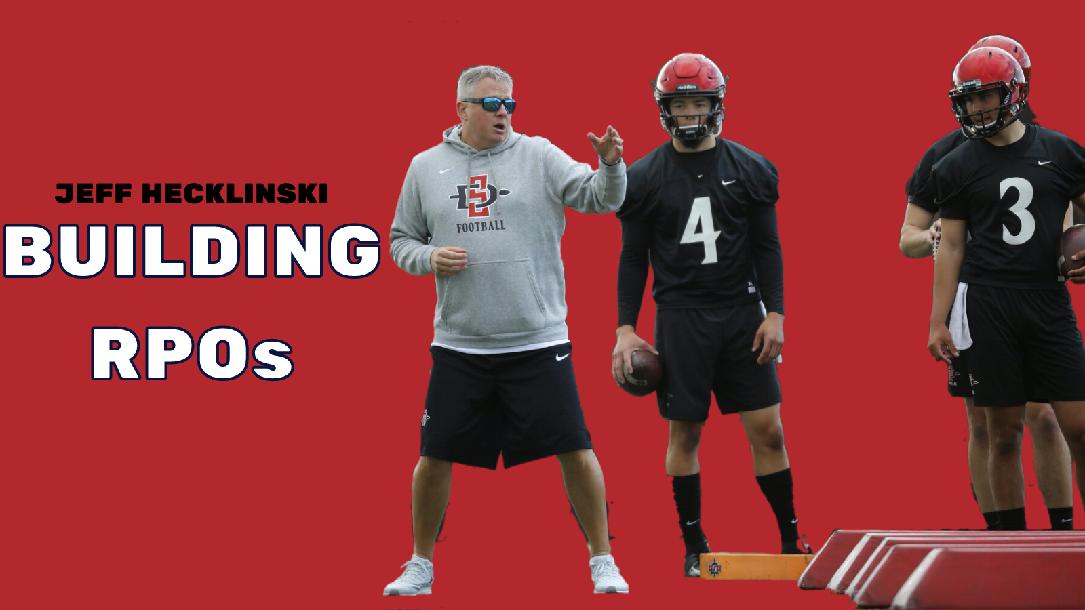 In this course, Coach Jeff Hecklinski teaches you how to build a Run Pass Option. Coach Heck details the fundamentals of implementing RPOs. He breaks down the base run, as well as perimeter and vertical RPOs. Everything you need to build an RPO from the ground up is right here.

Simply click the ‘Book This Course’ button at the top right of this page, place your order, and you’ll immediately be logged into the training with full access. Learn how Coach Hecklinski builds a Run Pass Option style of play.