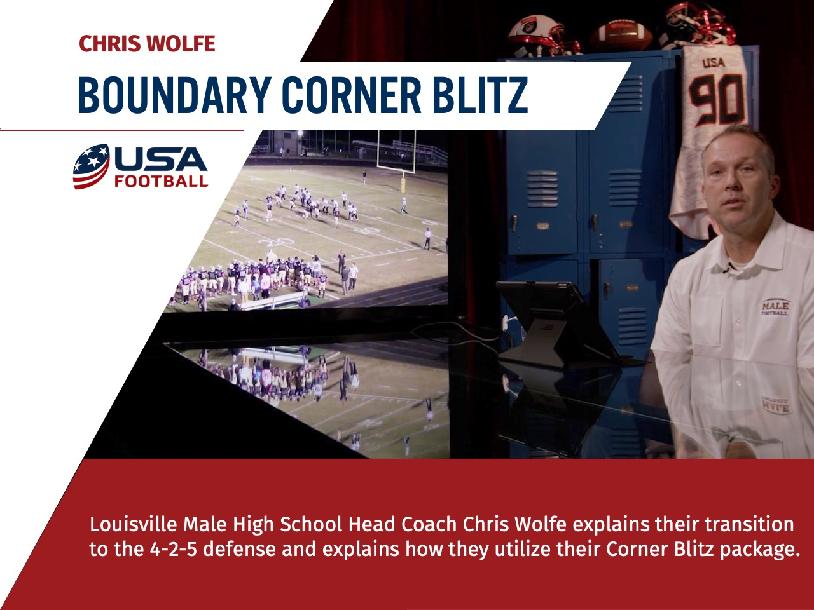 Two time 6A Kentucky state champion head coach Chris Wolfe explains how they transitioned to the 4-2-5 defense and how they utilize 3-4 presonnel and blitzes.  In this video he details their corner blitz package "Cowboy" and "Rodeo" blitzes. This is an effective way to bring pressure against both the run and pass. Wolfe shows how they protect against the big play with coverage variations.

Courses from elite coaches from the NFL, college and high school

Chris Wolfe has been coaching high school football since 1991 and currently serves as the head coach at Louisville (Kentucky) Male High School. Wolfe has received numerous awards, most recently as Coach of the Year for the American Family Insurance ALL-USA Kentucky Football Team.  That same year, his team when undefeated and captured the 2015 Class 6A Kentucky State Championship.  They won their second state championship in 2018.