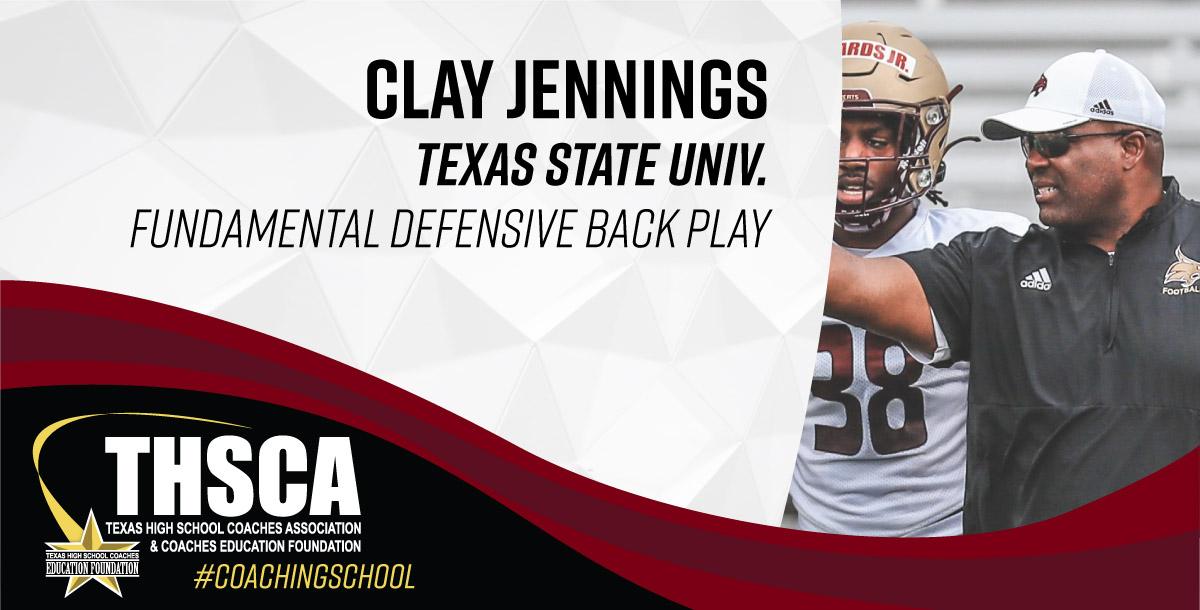 A native of Waco, Texas, Jennings moved to San Marcos after spending the 2021 campaign at UNLV. The Runnin’ Rebels had two players finish in the top-40 in interceptions in his lone year with the program.

Before spending the 2019 and 2020 seasons at North Texas, Jennings spent single seasons at Texas Tech (2018), Houston (2017), and Texas (2016). With the Cougars, Jennings was the co-defensive coordinator and secondary coach while in Lubbock and Austin, he was the defensive backs coach.

Jennings was the secondary coach and recruiting coordinator at Sam Houston from 2001 to 2002 where he mentored an All-America selection and Buck Buchanan Award finalist in Davis.

Before Sam Houston, Jennings coached the secondary at Southern Arkansas (2000), Morningside College in Sioux City, Iowa (1999), and Morehouse College in Atlanta (1998). He began his coaching career as a student assistant (1996) and then graduate assistant (1997) at North Texas shortly after ending his playing career for the Mean Green.

Jennings earned his bachelor’s degree in kinesiology from North Texas in 1997. He and his wife, Belinda, have two kids, Kirby and Kenzie.