Coaching the Quarterback Mesh: A Complete System for Teaching Quarterbacks to Run Any Option Play 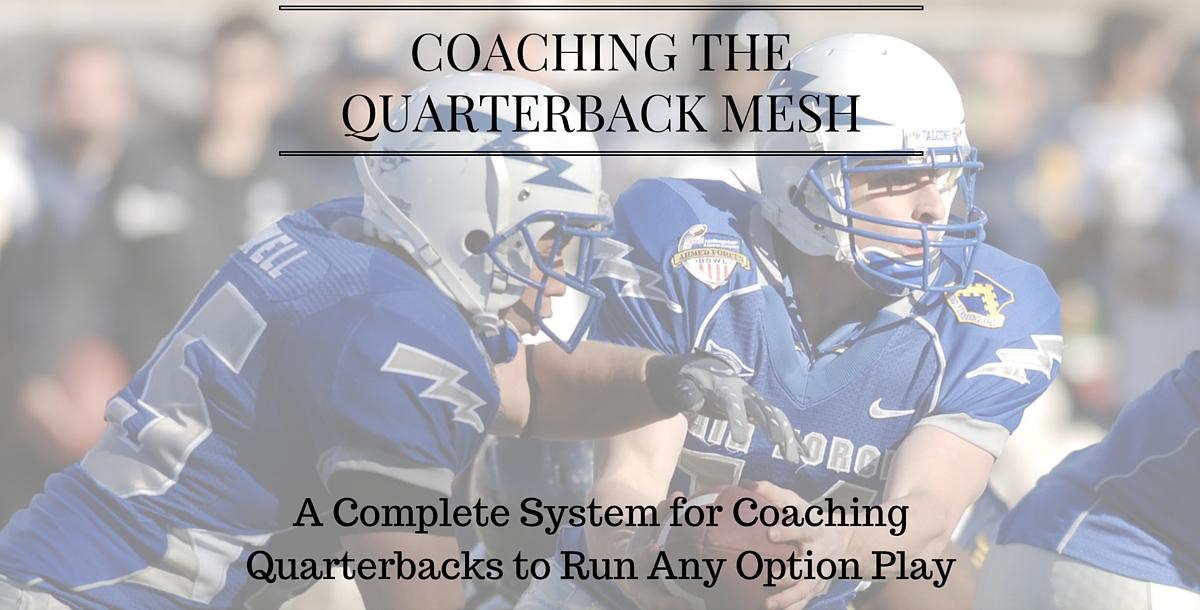 The QB-RB mesh is one of the most universal, and under coached, skills in modern football. From Flexbone/Wing-T based option attacks to Spread Zone Read concepts the mesh is the one skill that must be mastered to have an effective offense.

The mesh is the one skill with the highest return on investment for coaching time. If done successfully a well read and executed mesh can cancel out up to three players. A poorly read mesh will result in a loss of yards in a best case scenario, and a turnover in a worst case scenario.

Coaching the Quarterback Mesh gives coaches a system to teach this skill by breaking it down into five steps. These steps are then broken down further where the specific coaching points for each step are detailed. Lastly the book takes the system and applies it to the main plays that have a QB-RB mesh. This includes; Midline, Inside Veer, Outside Veer, Inside Zone, Outside Zone and Inverted Power.

Take the next step in coaching your Quarterbacks and created a high powered offense with Coaching the Quarterback Mesh.

David Weitz coached quarterbacks at Lawrence Central in 2012 on their State Championship team. The option attack was lead by the QB who had 1166 rushing yards on 133 carries (Avg 8.8) and finished Runner Up in the voting for Mr. Football. He moved with Coach West to Warren Central in 2013 and is currently the Head JV Coach. Warren Central, we has won Sectionals 3 years in a row and won state in 2013.

You just booked "Coaching the Quarterback Mesh: A Complete System for Teaching Quarterbacks to Run Any Option Play"