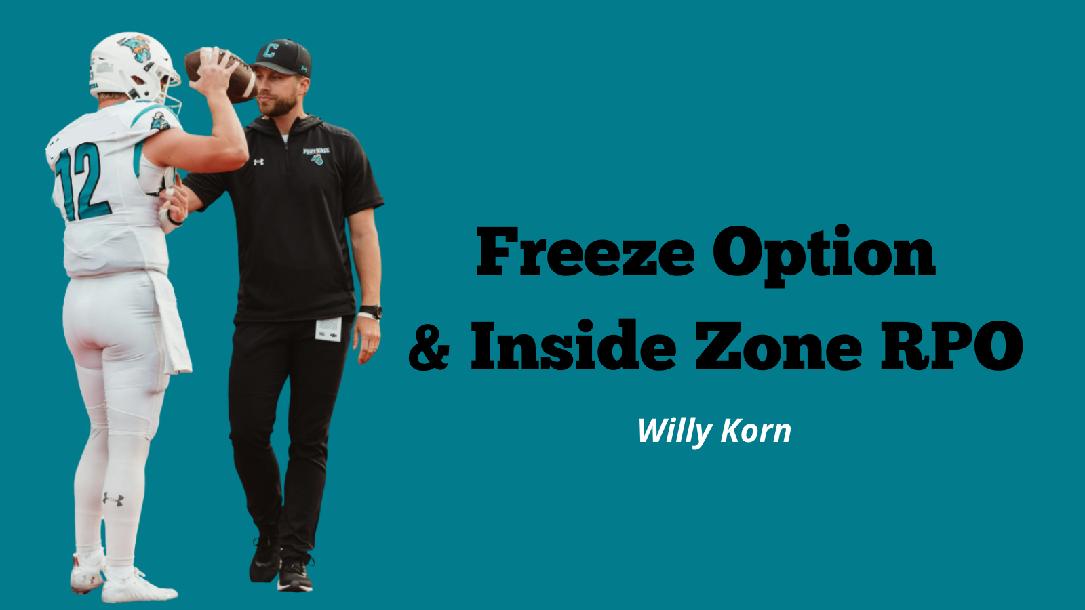 In this course, Coach Korn discusses the Coastal Carolina offense. The coach demonstrates the freeze option, against the edge pressure and more. As well as breaking down the Spur and Boundary safety.

Simply click the ‘Book This Course’ button at the top right of this page, place your order, and you’ll immediately be logged into the training with full access. Learn how Coach Willy Korn teaches offense the Coastal Carolina way today!

Willy Korn was promoted to co-offensive coordinator in February 2019 and is in his fifth year overall at Coastal Carolina in 2021. Korn transitioned to coaching the quarterbacks in 2019 after serving as the wide receivers coach and coordinator for the kickoff unit on special teams in each of his first two seasons at CCU in 2017 and 2018.

The 2020 season marked Coastal Carolina’s first-ever undefeated regular season and the first time that the Chanticleers were ranked in either the Associated Press Top 25 Poll or the Amway Coaches Poll presented by USA Today Sports.