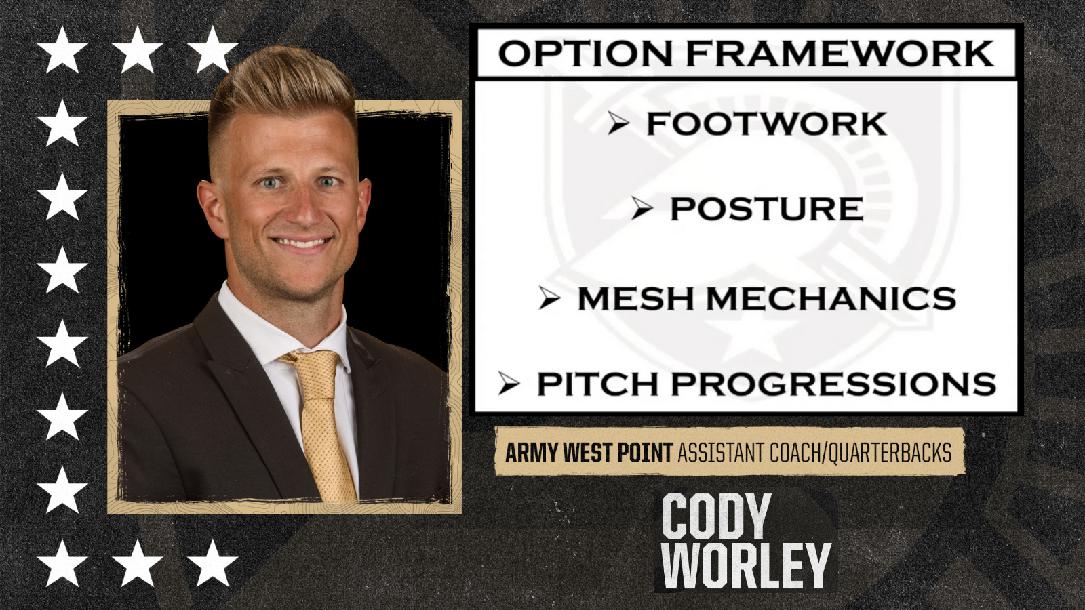 Quarterbacks Coach for Army West Point, Cody Worley, breaks down the fundamentals for quaterbacks in a option offense. Including, proper footwork, posture and mechanics.

Monken said, “His experience in coaching the quarterbacks in our offense will be invaluable to our team. He is an extremely knowledgeable and energetic coach who will continue to develop our QBs into being one of the best groups of signal callers in the nation”

In 2019, Kennesaw State had the No. 1 FCS rushing offense. Under Worley’s mentorship, Chandler Burks has emerged as one of the top quarterbacks in the nation, earning back-to-back Big South Offensive Player of the Year and Scholar-Athlete of the Year accolades. Worley also was instrumental in developing senior B-back Darien Robinson into a 2013 TSN second-team All-America selection. Robinson led the Bulldogs with 183 receiving yards and was second on the team with two touchdown receptions. He rushed for 987 rushing yards and seven touchdowns.