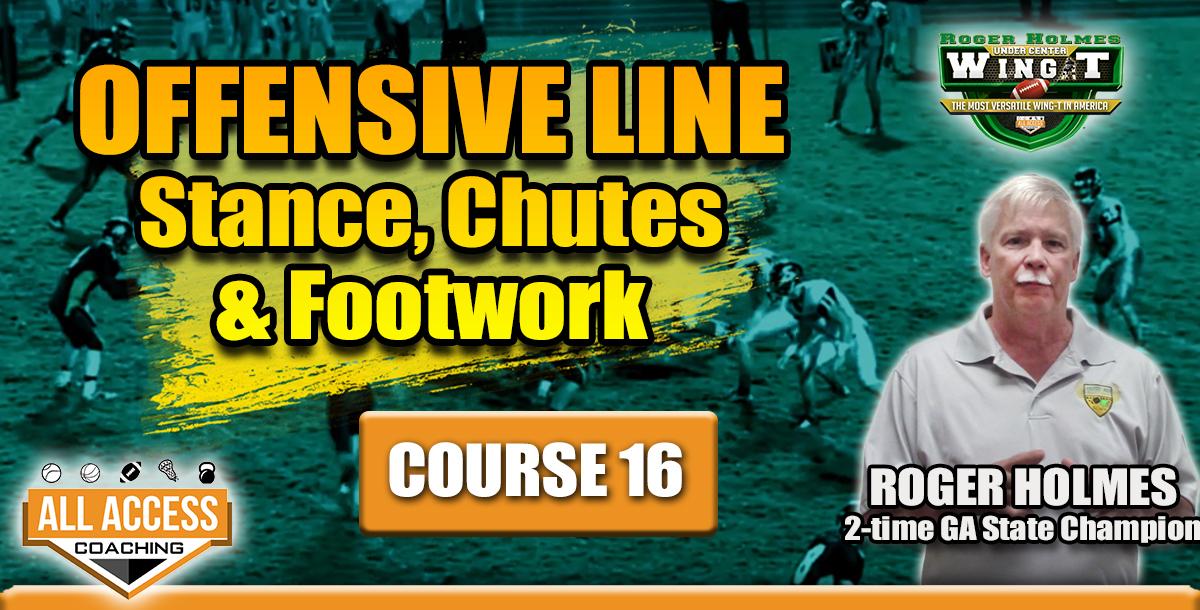 Roger Holmes has won 231 games in Georgia and Tennessee

This 1 hour video is part of a 3-hour series.

The first video, COURSE 15, focused on shoulder skills and how to make contact on the block

THIS VIDEO, COURSE 16, teaches the FOOTWORK

Everyone knows that you CANNOT win football games without Offensive Line.   This is the reason that Coach Holmes has had all the success in football crazy Georgia....

Like any championship coach and championship program...this video does not skip any details.  Nothing is assumed in this video....

“The first 3 steps are the most important....”
– Vince Lombardi

This video shows starts off by continuing the teaching of the shoulder & hands by puttting the players in the chute.

So they learn how to make contact, WHILE STAYING LOW.  They will be in 2point and 3point stances.

Then it is onto the footwork:

After watching this video you will agree that it is the best offensive line video on CoachTube.  Hands Down (or should I say flipper?)

Coach Holmes has been speaking at Glazier clinics all over the country for past 5 years and runs the Southeast Wing T clinic in Georgia every March.

Lance Helton is the best WingT O-Line coach I have heard. I am definitely getting all 3 videos after watching his course. The drill video I am showing my linemen.

I can't believe the 2nd video was better than the first!

Lance does an outstanding job teaching techniques and drills for wing-t offensive lineman. These tapes are a must for offense line coaches in wing-t.

the Drills are pure gold here

Enjoyable. Technical. Helpful. Saw it again at the SE Wing T clinic and the video was just as useful as in person.