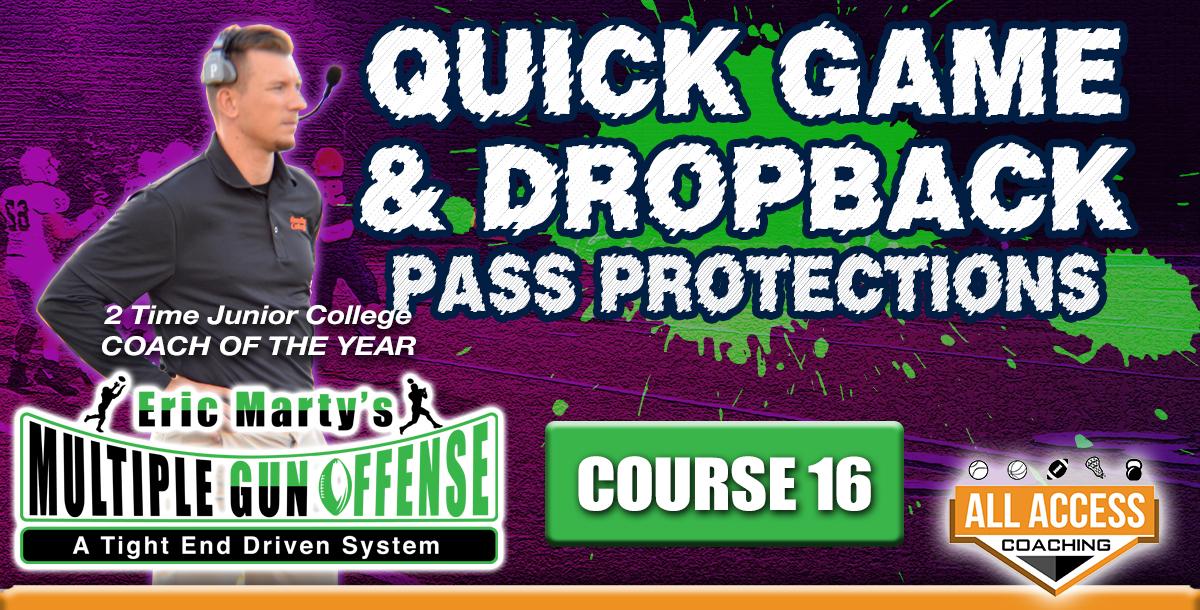 Coach Marty will walk you through the simple yet universal protection schemes that have been the foundation of the #2 and #5 most efficient passing offenses in the state.

He will also give you his three “Stay’s” the three critical rules for linemen to win any and every pass pro rep.  This chapter will give you the foundation to make your quick and drop back concepts as efficient and explosive as they possibly can be.

Want to dominate first down and be great on the third and medium?  Be great at quick game!

Get the ball out quickly, put defenders in conflict, and get your best players in 1 on 1 matchups!  Quick game has almost unlimited benefits to any offense.

Coach Marty will show the quick game concepts out of multiple formations and personnel groupings that have made the Reedley Passing game so efficient and hard to defend.  And the best part – you don’t have to be dominant up front because the ball is getting out quickly!