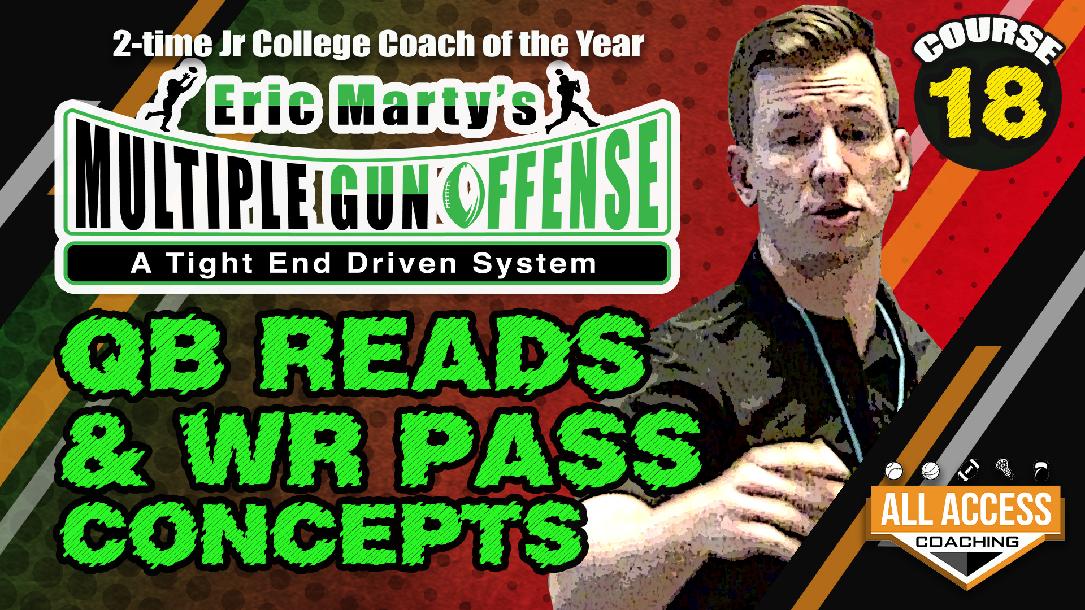 once the QB applies the PRE-SNAP filter system, then he has a 2-read progression

Once you listen to Coach Marty, you will quickly see why they went from 0-10 to 20-2 and he will be a Division 1 coordinator in the very near future

The first part of this video is about Building & Communicating the Pass Concepts.

A college QB and European MVP himself, Coach Marty is an expert at QB play.

Coach Marty takes you through his QB meetings.  Tell you exactly the same things he tells his QBs in spring

There was a lot of good information in this video. The wristband idea is smart, adjustable, and easily explained. Many things to think about. I enjoyed it.