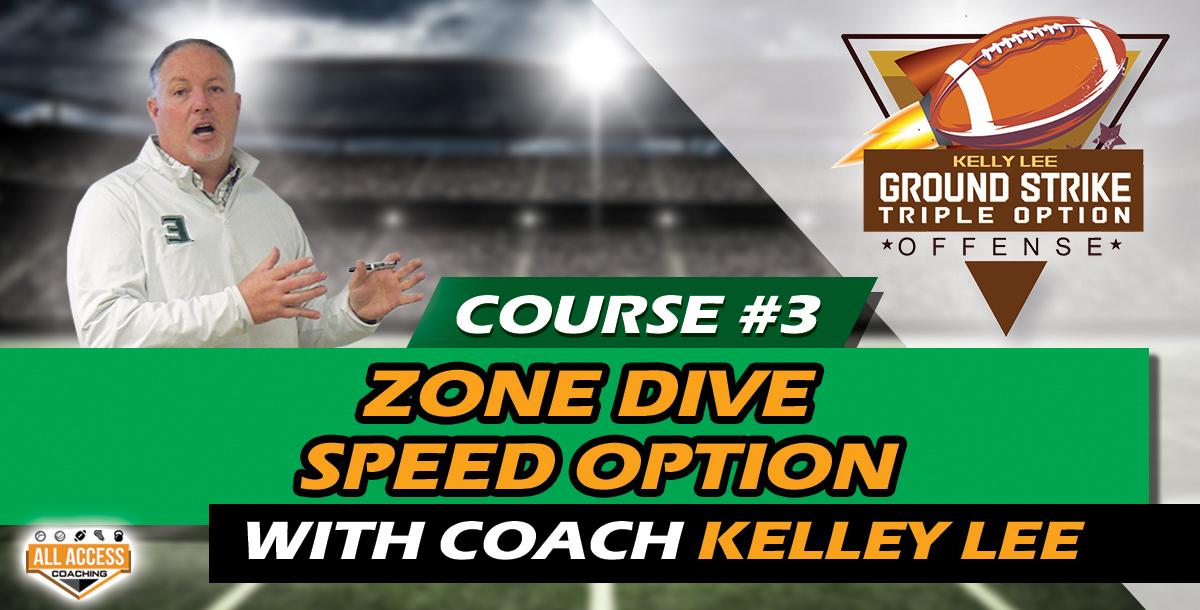 This Video builds off the previous video which covered the BASICS of the Inside Veer.

Could be called veer dive but the triple option inner circles call it ZONE DIVE....

WHY CALL IT ZONE DIVE???

QB doesn't have to read anyone

--> from  Flexbone, Wishbone, I Bone, Split Backs, Gun, and Pistol

—>12-0 as a College Head Coach in games decided by 7 points or less    The GROUND STRIKE Triple Option also works at high school level....

if you look all over the web you will not find alot of detailed informatiom about the zone dive from the flexbone. coach lee gives you everything on this play!