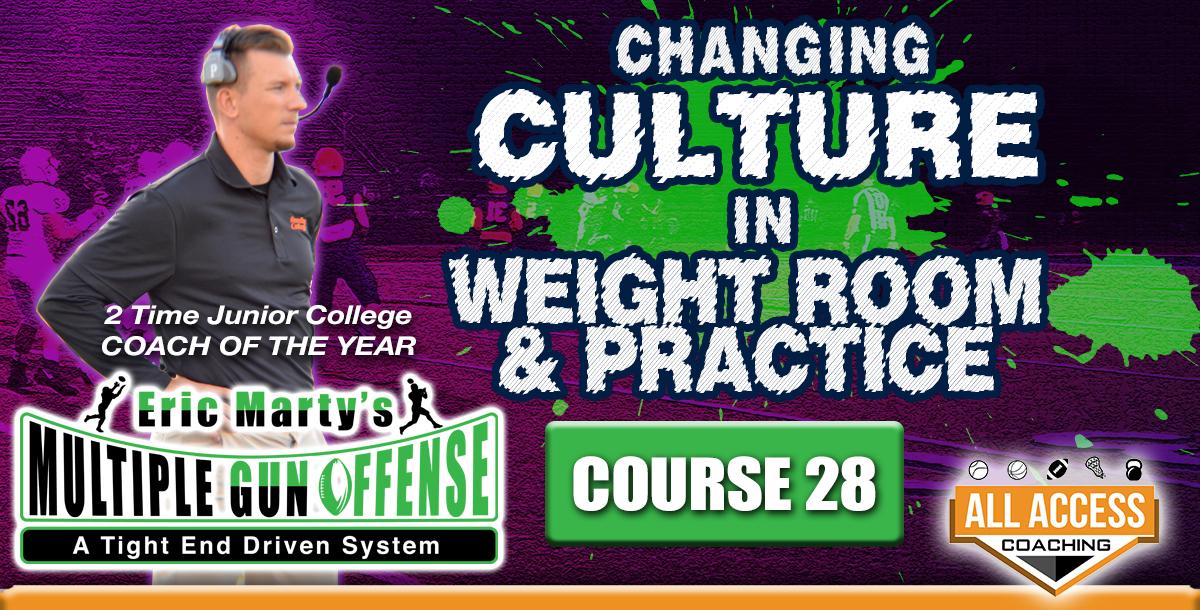 We all know culture is important – but what are actual tangible ways to build your program’s culture?

Coach Marty’s take a deep dive into his program philosophy, how he organizes his program, and some of the drills and methods he uses to build their culture.  You will come out with some innovative and creative ways to continue to build a championship caliber culture where you are at.

And remember now, Coach Marty has been through the fire.  He took over a program with 9 team members on a two year probation, so he understands what it takes to build culture from square zero.

There are 68-Jr Colleges in Calfornia…

Coach Marty explains in great detail what it takes to build a championship culture! Recommend everyone to check this out!

It is a refreshing change of pace to have a coach actually give tangible ways to implement culture. You hear coaches in clinics throw the buzz word of "culture" out there all the time but you rarely have a coach share how to implement it. I feel like I can take this course today and make my players, coaches and, dare I say it, culture better today. Thanks Coach Marty for the insight.

Coach Marty covers a ton in this course and breaks it down in a way that you can understand. If you're building a program this is a great place to start! Thanks Coach!

Excellent material Coach Marty. Well worth taking the time to check it out!

There's a reason Coach Marty is a 2 time Junior College Coach of the Year. His presentation is practical, clearly presented and entertaining.

This course is a game changer! A must have if you want to be a championship coach!

BEST is the Standard- Pathway to Building a Strong Culture by Jason Wilkes
Views: 959
$4.99