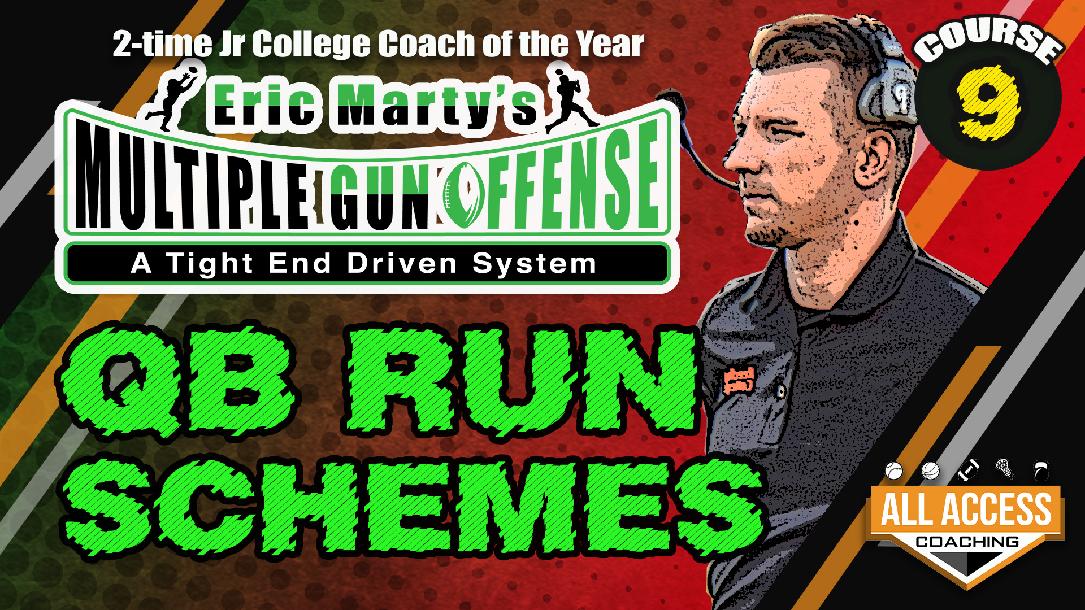 WANT TO ADD PLAYS WITHOUT TEACHING ANYTHING NEW?

Turn Any Play in your Offense into a QB Run Scheme?

When the QB runs the ball, you have 10 blockers instead of 9

Since every play is ALREADY in your offense, there is no extra practice time, especially if you have a SYSTEM of terminology

All Marty does is have 4 TAG words for the RB...so he can turn ANY play in the offense into a QB run play

He doesn’t like to run his QB often, but when the Tigers do, they are deadly efficient because of the formations, motions, and presentations they use when running their QB.

I was very eager to learn about QB run game and playing 11 on 11 football . Coach did a great good with teaching it