Defending RPOs out 1, 2, and 3-High with Even and Odd Fronts 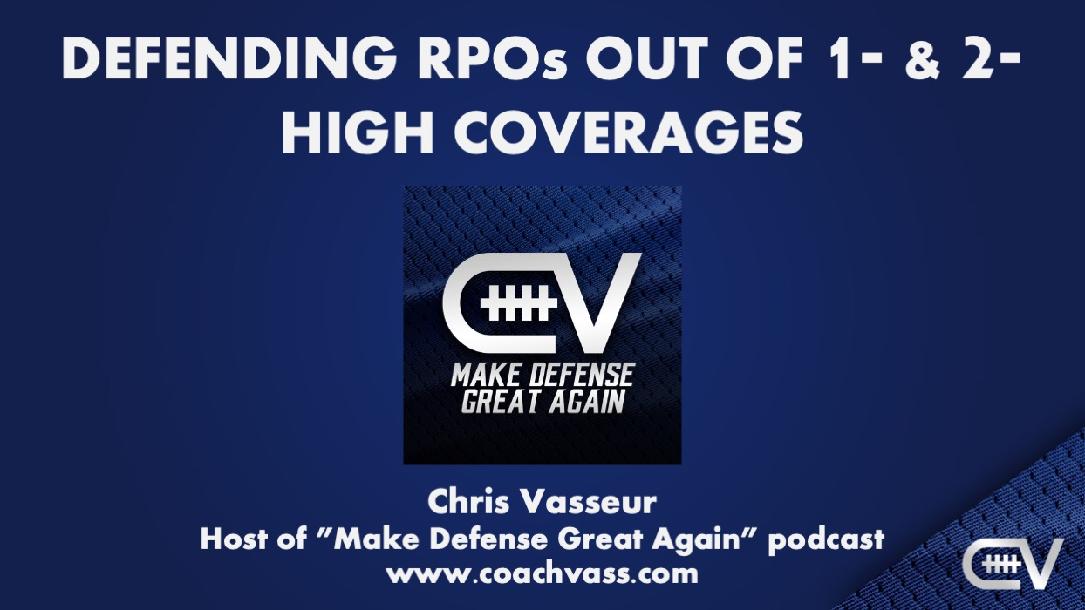 This course includes a variety of schemes to defend RPOs. It starts with questions to ask, and a list of definite "musts" your defense must do when facing RPO teams.  The course then goes into various front and coverage combinations out of 2 High with Even fronts, 2 & 3 High with Odd fronts, 1 High with Even fronts, and 1 High with Odd fronts.  Each section has thorough slides and film to show examples of how each concept is played.

Coach Vass always puts out stellar content! This course is great if you're looking for ways to be multiple when defending RPOs or simply need to add a wrinkle to what you're already doing.

NEW!
Building a Defense from Scratch-Fronts and Movements by Nick Davis
Views: 522
$39.95

You just booked "Defending RPOs out 1, 2, and 3-High with Even and Odd Fronts"