Defending the Spread From a 3-Safety Structure 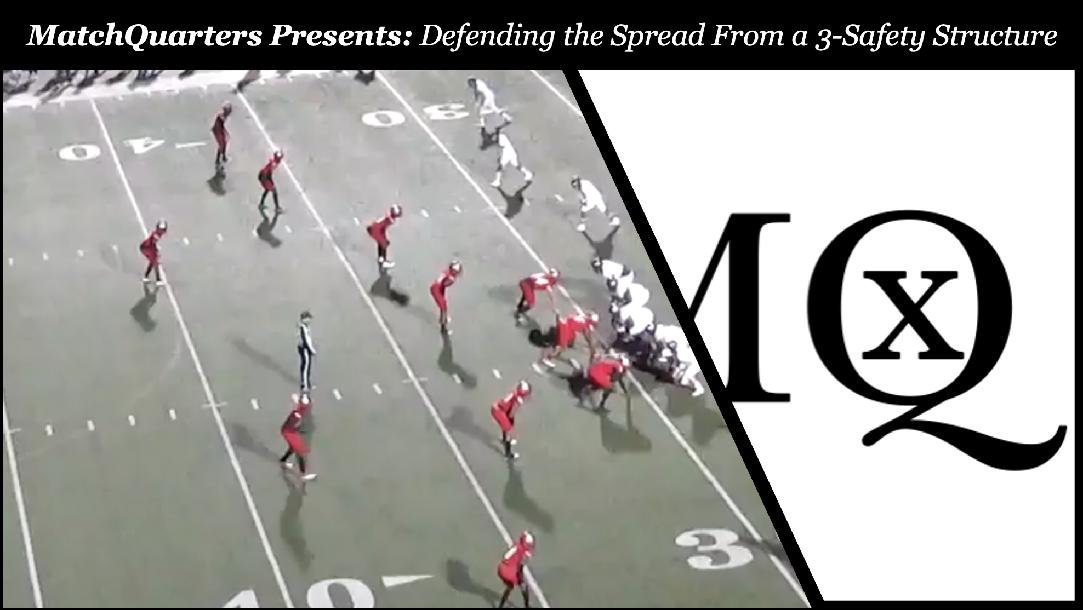 Coach Alexander takes you through how to defend Spread formations from a hybrid 3-Safety defense. The system differs from the Iowa State system or a primary Tampa 2 defense. Instead, the defense is designed to use speed as a lever. In reality, the defensive structure is a 3-2-6 with four Safeties on the field and two CBs. The Safety room is split into two groups: High Safeties and Down Safeties. The High Safeties play like traditional Quarter's Safeties, whereas the Down Safeties play near the box. Coach A. details how to align and defend Spread formations from this hybrid structure. Unlike the Iowa St. system, this system uses super-rotation and a mix of two-shell and MOF Closed structures to constrain space. In short, this is a genuinely hybrid defense that maximizes speed without creating a complex new structure. If transitioning from a 4-2-5 or 3-4, this course details how to morph your old structure into a 3-Hi look. Finally, Trips formations are heavily discussed because this is where the most teaching is involved. Coach breaks down basic concepts (Drive, Mesh, & 4-Verts), showing a coach how to adjust. Come learn the #ArtofX!

Cody Alexander is currently the Asst. HC/co-DC at Life Waxahachie HS. Before Life, Coach A was the co-DC/Safeties at Mesquite Horn HS. Before taking the position at Horn, Coach was in charge of the Secondary at Midlothian HS (5A – TX). Before joining Midlothian, Coach Alexander was the Corners Coach at Lovejoy High School (5A) in Lucas, TX, from 2015 to 2016. During the 2014 season, Cody was the co-Defensive Coordinator at L.V. Berkner High School (6A) in Richardson, TX.

Before returning to the high school ranks, Coach A. was the Defensive Graduate Assistant at Baylor University under former Arizona St. (2017) and Baylor (2011-16) Defensive Coordinator, Phil Bennett. During Coach’s tenure at Baylor, he assisted with the development of the corners. He was placed in charge of opponent breakdowns while overseeing and assisting with defensive recruiting, discovering All-Big 12 LB Eddie Lackey. While at Baylor, Coach A. was on staff for three bowl appearances (Fiesta, Holiday, & Alamo) and a Big XII Championship (2013).

You just booked "Defending the Spread From a 3-Safety Structure"