Developing a Passing Game to Attack Any Defense 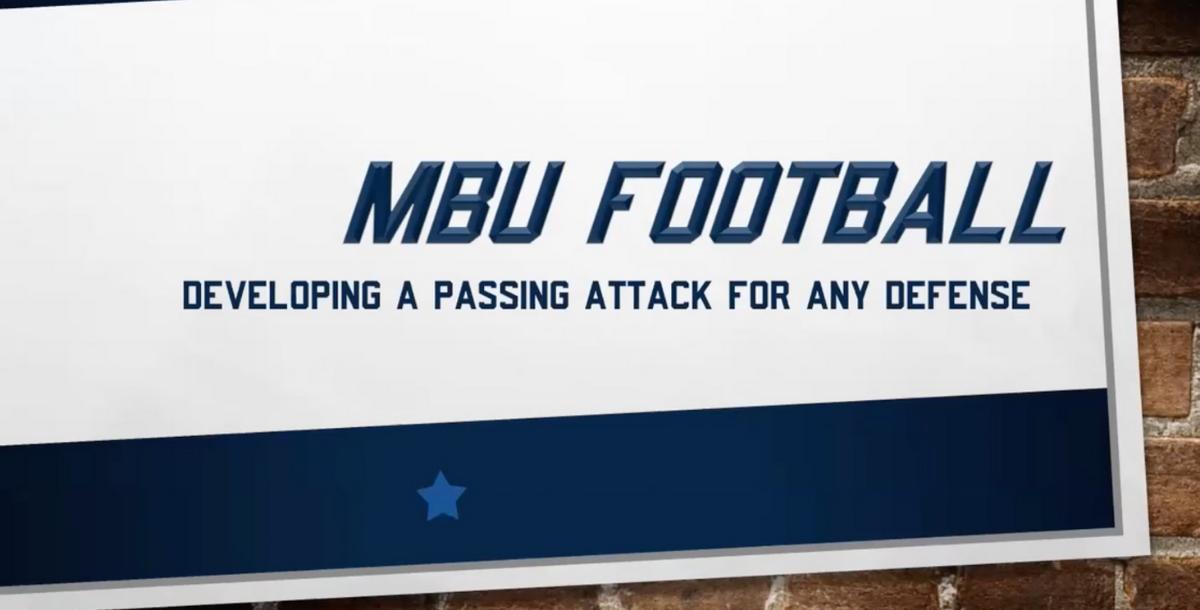 Is your passing game stagnant? Wide receivers and tight ends not making catches as they should? Corners and safeties double-teaming and collapsing space?

Maybe you’re looking to develop an unstoppable aerial threat but your receivers, tight ends, or maybe lineman are just a step behind?

An elite passing game can set your team miles apart from the rest. Establishing a strong offense has never been more important than it is now.

**DEVELOP A PASS GAME FOR ANY DEFENSE TRAINING**

Coach Jason Burianek begins the clinic by discussing the program's values at Missouri Baptist University along with the things you need to know to make a great pass game.

Coach Burianek talks about the importance of implementing concepts into various coverages. As well as a detailed breakdown of pass categories like the full field read, double tags, mirrored routes, and other concepts that are “all in one”.

Simply click the ‘Book This Course’ button at the top right of this page, place your order, and you’ll immediately be logged into the training with full access. You’ll hit the ground running and begin creating a relentless passing game today!

Coach Jason Burianek has been at the helm of Spartan football since 2014 after a successful career at the NAIA and NCAA level. After playing at the University of Colorado under both Rick Neuheisel and Gary Barnett, Burianek graduated and became a Graduate Assistant coach. Shortly after joining the Colorado coaching staff, Burianek left Boulder to take on his first full-time coaching staff position at McKendree University. He has an overall coaching record of 7-36.

Coach Burianek spent 2004 through 2007 as the Wide Receivers and Tight Ends Coach at McKendree before taking over as the Offensive Coordinator at Belleville West High School in 2007 through 2008. Burianek returned to McKendree as the Quarterback’s Coach from 2009 through 2010 but stayed just one season before returning to Belleville West as the Offensive Coordinator in 2011. In 2012, Coach Burianek went back to McKendree as the Defensive Backs/Special Teams Coordinator before becoming the first coach in Missouri Baptist history in March of 2013.

You just booked "Developing a Passing Game to Attack Any Defense "