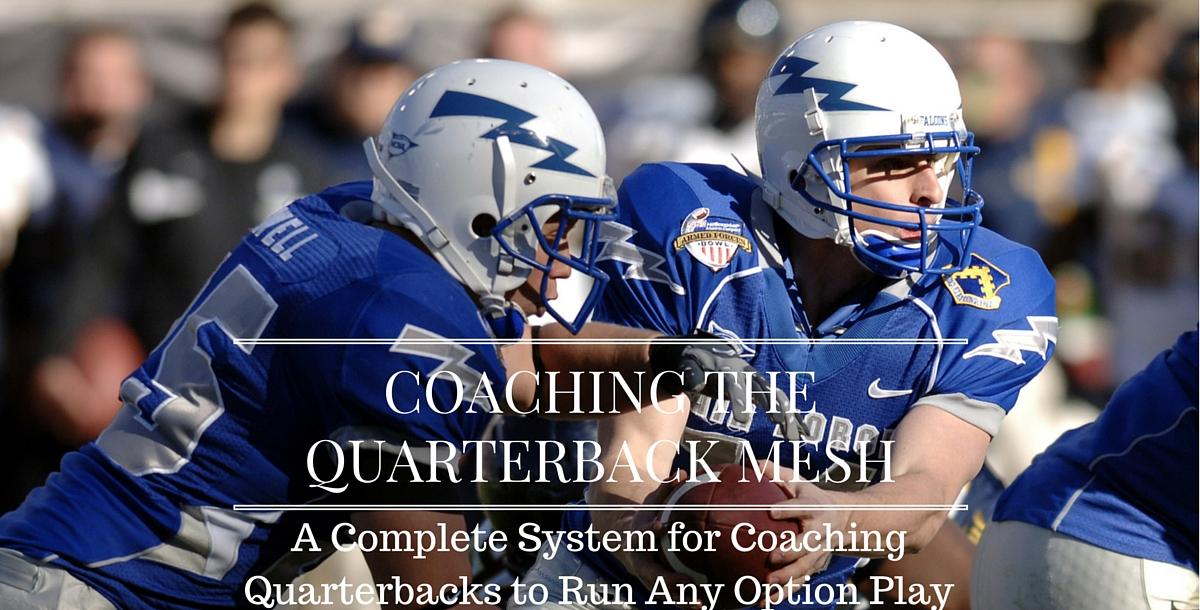 From Flexbone offenses like Georgia Tech and Navy to Spread to Run based offenses like Oregon and Ohio State the quarterback mesh is the number one skill that is required in the modern game of football. New concepts like Run Pass Options (RPOs) and traditional plays like Inside Veer and Midline have a common theme, they can not be successful without a Quarterback who can effectively read the mesh.

Coaching the Quarterback Mesh takes one of the most complicated skills in football, the Running Back and Quarterback Mesh, and breaks it down into five manageable stages and highlights the coaching points for each stage. Then the books goes into detail with the main running concepts that feature a Quarterback-Running Back mesh.

This book features sections on traditional option plays (Midline, Inside Veer and Outside Veer) and discusses variations and how they effect the Quarterbacks roles and responsibilities. It also feature sections on spread to run concepts (Inside Zone, Outside Zone and Inverted Power) and how the Quarterback can use these run concepts to read different players on the defense.

David Weitz coached quarterbacks at Lawrence Central in 2012 on their State Championship team. The option attack was lead by the QB who had 1166 rushing yards on 133 carries (Avg 8.8) and finished Runner Up in the voting for Mr. Football.  He moved with Coach West to Warren Central in 2013 and is currently the Head JV Coach. Warren Central, we has won Sectionals 3 years in a row and won state in 2013.

NEW!
Navigating the Next Level - For the Advanced High School Athlete by James Grinde
Views: 200
$20