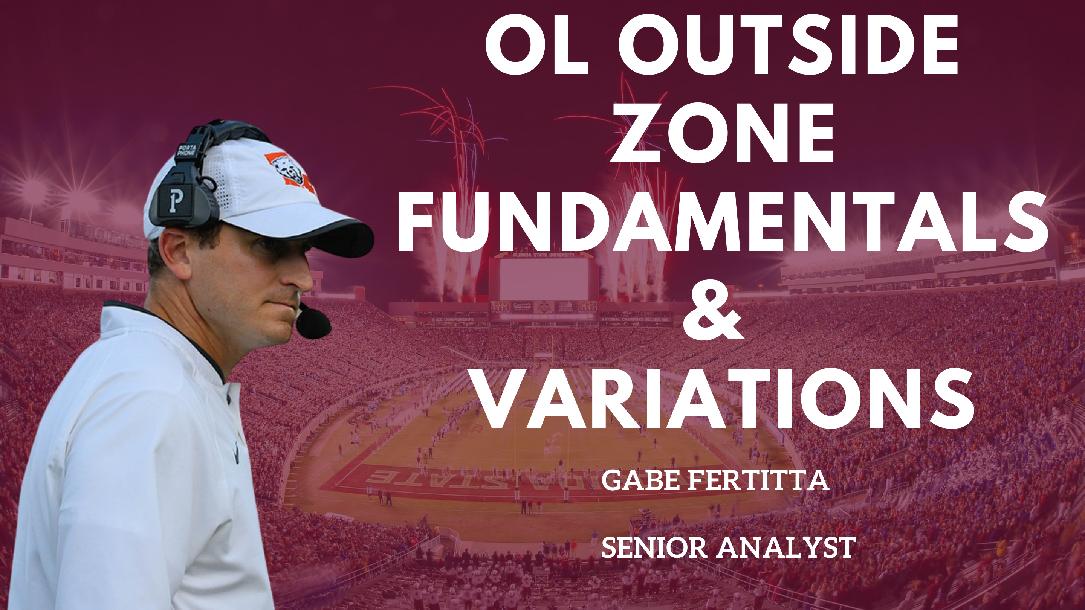 In this course, Offensive Senior Analyst Gabe Fertitta talks about the offensive line outside zone fundamentals and variations. He demonstrates variations by showing the game film and drill work.

Simply click the ‘Book This Course’ button at the top right of this page, place your order, and you’ll immediately be logged into the training with full access. Take away Gabe Fertitta's insight on offensive line zone fundamentals and variations today!

Gabe Fertitta joined the FSU staff in February of 2022 and serves as a senior offensive analyst.

Fertitta spent the 2021 season at Louisville as a quality control assistant following an incredibly successful run as head coach at Catholic High School in Baton Rouge, Louisiana. Fertitta was 43-8 in four seasons leading Catholic, taking the Bears to the state championship game all four years and winning state titles in 2017 and 2020. He was twice named District 5-5A Coach of the Year. He also was head coach at St. Stanislaus on the Gulf Coast of Mississippi for three seasons, including a 12-1 record with a trip to the third round of the state playoffs in 2013, and has a 59-25 overall record as a high school coach.

The Wizard did it again!!! Great presentation.