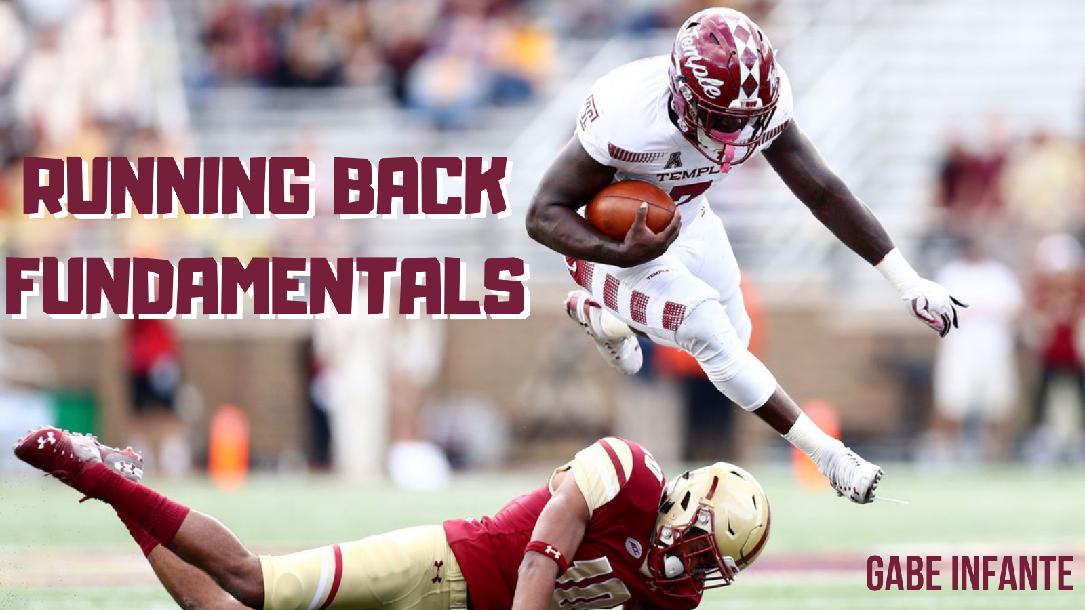 Coach Gabe Infante talks about the fundamentals for ball secruity and the drills he uses to directly relate to the game. He teaches footwork, cuts, ball security and phases of a running play for the running back.  This course gives the details you need to maximize your running back play.

Gabe Infante is Temple's running back coach. He was ten years of experience. He was also given the title of recruiting coordinator, overseeing all facets of the recruiting process. Infante was credited with the develoment of players who ranked second in school history among freshamn in every rushing catergory, earning All-American recongition. Infante compiled a winning record and won four PIAA championships in nine seasons. In 2017, he was named U.S. Army Bowl National Coach of the Year. Gabe won the Don Shula High School Coach of the Year Award after being nomiated by the Philadelphia Eagles.  He's also worked national clinics for Nike, Glazier and Hammer strength and has been published by American Football Monthly.