Gary McGraw - Defensive Back Technique at the L.O.S and Downfield +Drills 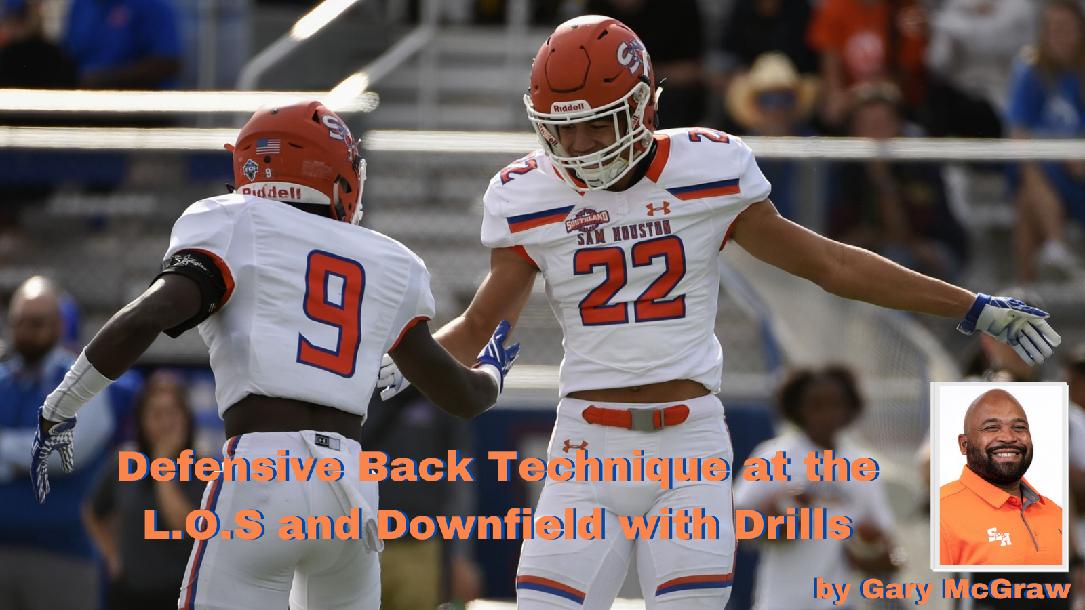 In this clinic talk, Coach Gary McGraw teaches corner back technique at the Line of Scrimmnage and the drills to perfect those techniques. He utilizes press man to successfully stop down field passes on the perimeter.  It limited opponents to a 10% completion rate on perimeter downfield throws.

Whether it's stopping the long ball or discouraging RPO throws, you will find the techniques and drills here helpful in creating success for your secondary players.

McGraw has coached multiple all-conference and all-American players throughout his career which is a testament to his ability to recruit and develop players.

McGraw’s career spans 18 years now beginning at the high school level at Marist High School (OR) as part of the 2003 state championship team.  Prior to Sam Houston he coached at Midwestern State, Ferris State, and Quincy University.

You just booked "Gary McGraw - Defensive Back Technique at the L.O.S and Downfield +Drills"