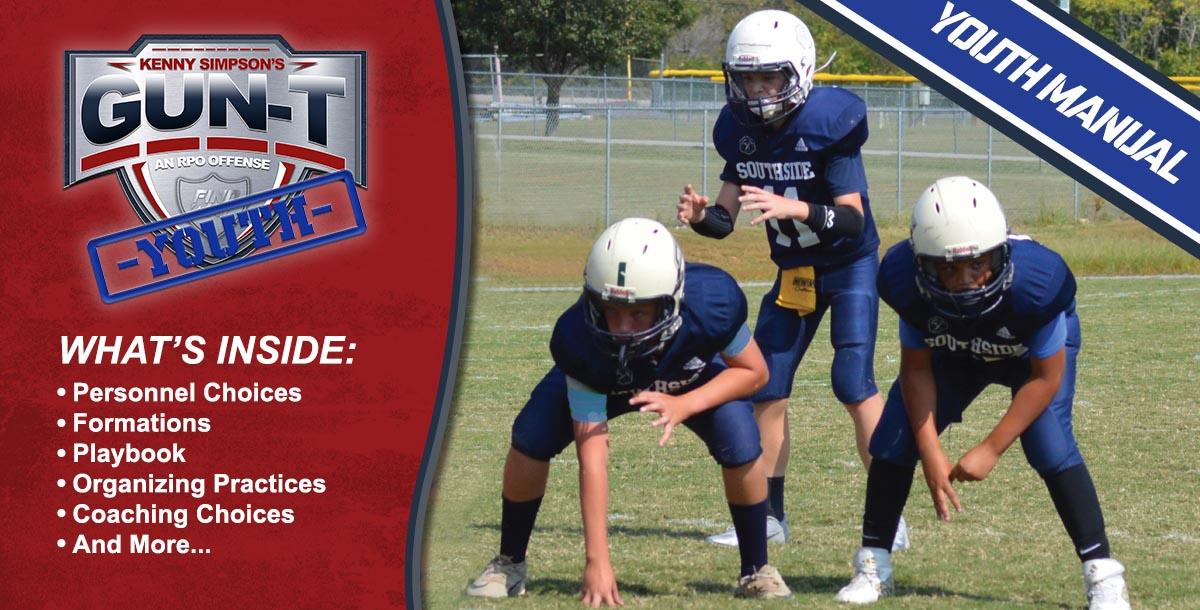 This is the Youth Book for the Gun T RPO system.  This is NOT downloadable - if you'd like a physical copy go to FBCoachsimpson.com and one can be shipped your way.

Coach Simpson has served at three schools as the Head Football Coach: Searcy High School, a 6A school in Arkansas for 2020.  Before Searcy, he was the Head Football Coach at Southside Charter.  Taking over a program that had won eight games in five seasons and had been on a 20+ game losing streak, Simpson has led Southside to the playoffs for four-consecutive seasons and won two conference titles in the past three seasons. For his efforts, he was named 4A-2 Conference Coach of the Year (2017), named to the as a finalist for Hooten's Coach of the Year (2017) and has been the All-Star Nominee for the 4A-2 (2016 and 2019). He was also selected to coach in the 1st FCA Texas-Arkansas All-Star Showdown (2021).

His Defensive Materials can be found - https://coachtube.com/bundles/full-system?track=a0b0f9cb9351fc6c60c95e6de13bce00

Coach Simpson wrote his first book in 2019.  He has since released 9 other books. Find A Way: What I Wish I'd Known When I Became A Head Football Coach, he has been a four-time best seller on Amazon in several categories.

Books can be found - https://www.fbcoachsimpson.com/downloads

His offense is now run across the globe in not only the United States, but also in South America, Africa, Japan, Europe and Australia.  He has helped to install the Gun-T system in many schools over the past 2-years.