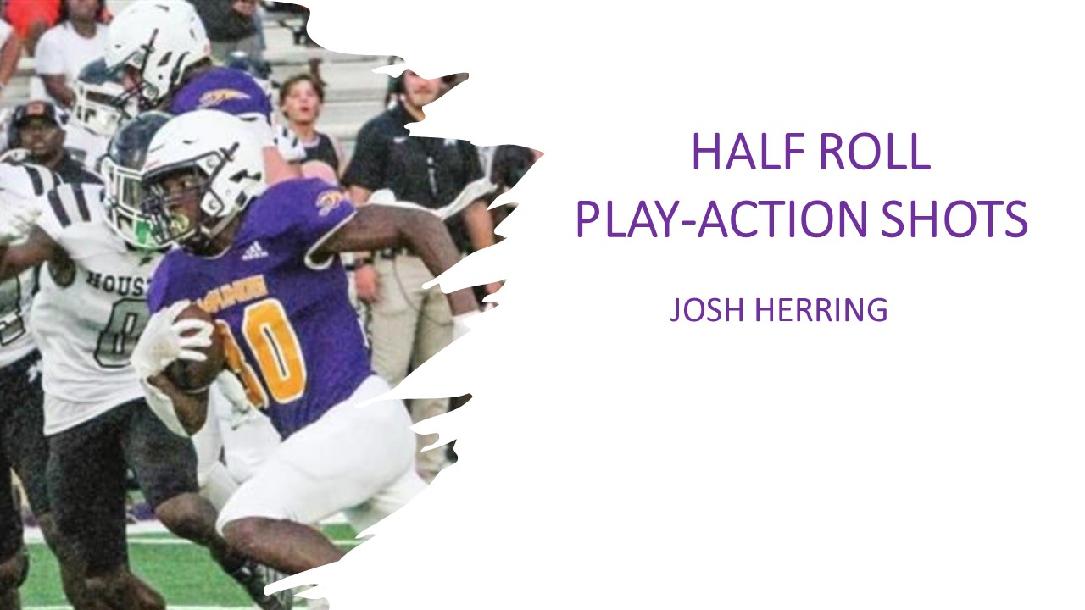 In this course Coach Herring details a multiple play-action package which utilizes a guard pull play-action protection.  If you are looking for a simple way to manufacture explosive plays, protect your run game, and vary the QB launch point, this course is for you.

Coach Herring recently completed his 3rd season as Offensive Coordinator and Quarterback Coach for the Jones County Greyhounds, and his 18th year overall in 2021.  The Greyhounds won their 3rd consecutive region championship, and achieved a 10-3 record while averaging 43 points per game.  In the prior two season they reached the state semifinals.  In both 2021 and 2019 the Greyhounds had the state’s leading passer in GA AAAAA and in 2020 had the leading rusher.  In his three seasons at Jones County the Greyhounds have gained over 5000 yards of offense each season.  Prior to arriving at Jones County Coach Herring served as Offensive Coordinator and QB coach at Lassiter High School in Marietta, Ga for 9 seasons.  He began his coaching career at Colbert Heights High School in Tuscumbia, AL, and over the course of four seasons served in various positions including Offensive Coordinator, Quarterbacks Coach, Wide Receivers Coach, and Running Backs Coach. He spent the next two seasons as Wide Receivers Coach and Passing Game Coordinator at Pelham High School in Pelham, AL. He was named 2011 Cobb County Touchdown Club Offensive Assistant of the Year. Coach Herring is a frequent clinic speaker and the author of three iBooks about offensive strategy as well as multiple CoachTube courses.