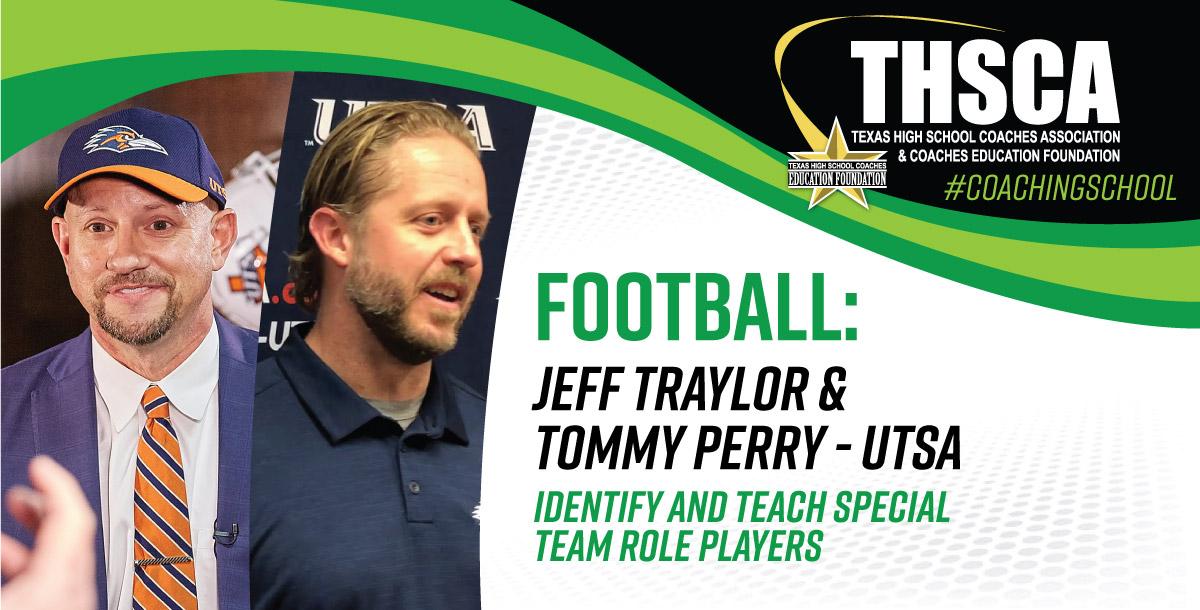 Now in his second year as UTSA head coach, Jeff Traylor has had an immediate and positive impact on the program after guiding the Roadrunners to a 7-5 record, a runner-up finish in Conference USA’s West Division and an appearance in the First Responder Bowl in his first season at the helm. Punter Lucas Dean, kicker Hunter Duplessis and running back Sincere McCormick all earned All-America accolades, while a school-record 23 players received conference honors. The former associate head coach at Arkansas, SMU and Texas has more than 30 years of coaching experience, including a highly successful 15-year career as head coach at his alma mater, Gilmer High School, where he led teams to three state championships and two state runner-up finishes and won more than 87% of his games, a winning percentage that ranks 10th all-time in Texas high school history.