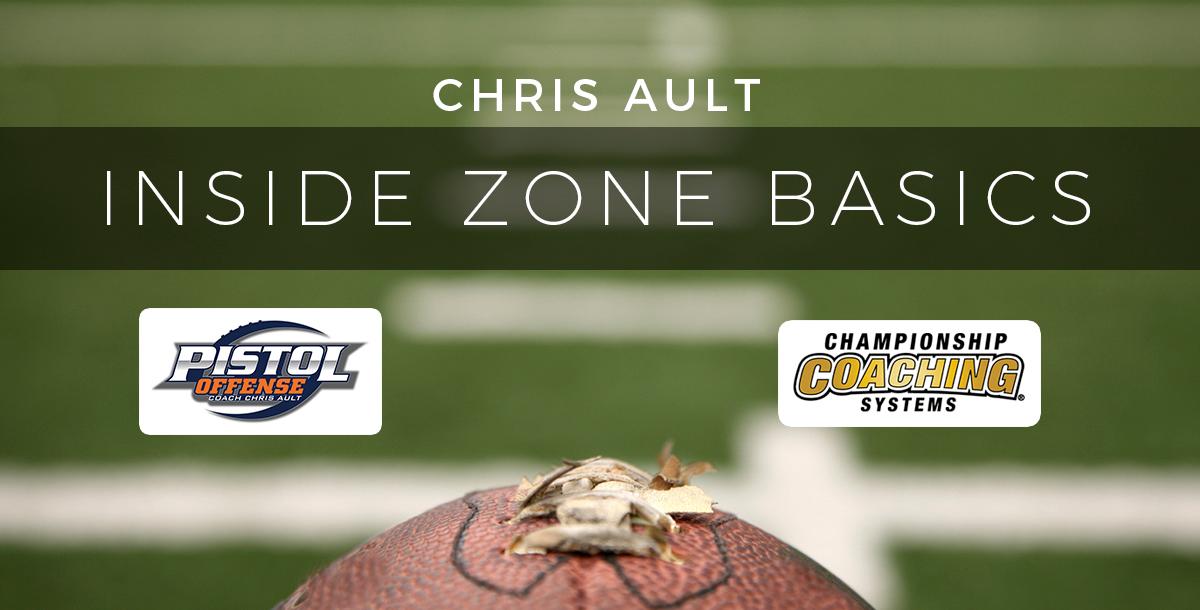 Chris Ault's University of Nevada Pistol Offense was truly an epic shift in football.  His Pistol schemes were copied at all levels of competion, and why not?  In 2009 his team averaged over 500 yards a game and had three rushers gain over 1000 yards for the season.  Keep in mind that these numbers came from a very sound and aggressive down-hill rushing attack, not a spread tempo offense snapping the ball every 20 seconds.  In 2009, Nevada amassed these goddy numbers while averaging less than 70 plays a game. What made the offense go?  It was the inside zone.  All of Nevada's Pistol attack stemmed from two inside zone run concepts.  In this course, you can be tutored by College Football Hall of Fame Coach Chris Ault to learn the basics of the Nevada inside zone, get whiteboard instruction, and teach tapes to execute the top two rushing plays from Wolfpacks' vaunted Pistol attack.  What's the best part?  Both plays use the same blocking scheme: inside zone.

Former Head Coach of University of Nevada, member of the College Football Hall of Fame and NFL consultant

Hi I’m Chris Ault former Head Football Coach for the University of Nevada. I’ve been asked to introduce myself for those of you who may not be familiar with my background.

I began my coaching career at the HS level where I coached for five years. Four of the five I was a head coach accumulating a 35-­‐3-­‐1 record, winning three conference titles and two state championships. The next three years I spent as an assistant coach at UNLV.

In 1976 I became the Head Football Coach at the University of Nevada, my alma mater. I was 29 at the time and would spend the next 37 years as a coach and administrator at Nevada. I coached football for 28 seasons and was the Director of Athletics for 18, nine of which I wore both hats. We built the program from the ground floor up going from Division-­‐II in 1976, 1-­‐AA in 1978, 1-­‐A (FBS today) in 1992.

As we grew we also had conference affiliations with the Big Sky, Big West, WAC and MWC conferences. Over time Wolf Pack football would become a relevant nationally recognized program and the flagship sport at Nevada. Being a former QB I worked extensively on the offensive side of the ball.

Over my collegiate coaching career I ran the Wing-­‐T and 1-­‐back spread. Both of these schemes were major contributors in my development of the Pistol, which would become our signature and most dominant offense. Statistically speaking, through the years we produced conference leading and nationally ranked offenses while rewriting just about every individual and team record at Nevada.

When the “Pistol” was introduced in 2005 little did I realize how it would expand the offensive landscape of football, at virtually every level, from Pop Warner to the NFL, Europe to Canada. I never gave much thought to the magnitude or circumstances that the Pistol would have on the sport of football, but I'm very proud to have played a significant role in giving something back to our great game.

The information contained in this CCS program was produced using the video and playbook I used at Nevada, during the 2012 season, prior to stepping down. Since that time I have had the opportunity to speak all over the country on the Pistol, as well as working as a consultant for the KC Chiefs. I can assure you that the material provided will give you an in-­‐depth detail of the awesome potential of the Pistol.

Coach Ault explains the zone steps in his offense very well. It is worth the purchase.

Chris Ault is a master of his craft...inside zone is a great play and this course proves it

You just booked "Inside Zone Basics"